at the last trade night, the shop owner, who knows I'm one of the rare set collectors, handed me a goodie bag. In it were partial sets of Humpty Dumpty cards.
You heard me. Humpty Dumpty.
These were small cards, individually wrapped, and placed in bags of Humpty Dumpty potato chips during the 1992 and 1993 seasons.
All of these cards are still wrapped in their little cellophane envelopes, but my scanner wishes that to remain a secret.
Most of the bigger names were missing from these partial sets, but a few were left for the showing. 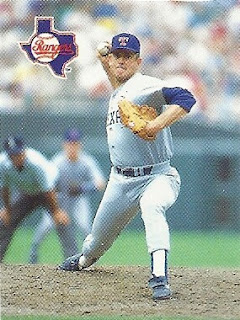 A Nolan Ryan I didn't have before.... and an awesome Brave, Steve Avery. 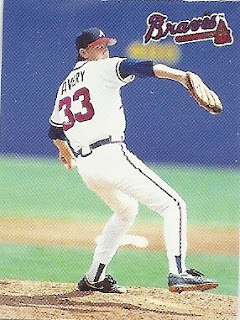 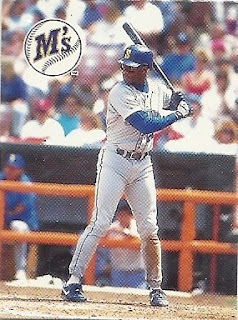 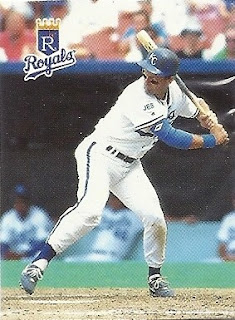 The backs are fairly simple. Three years of stats. Did you know Dave frapped and lanced droite style? 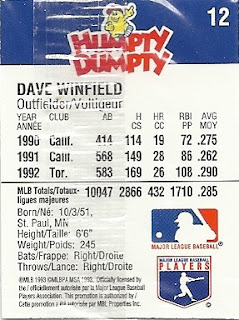 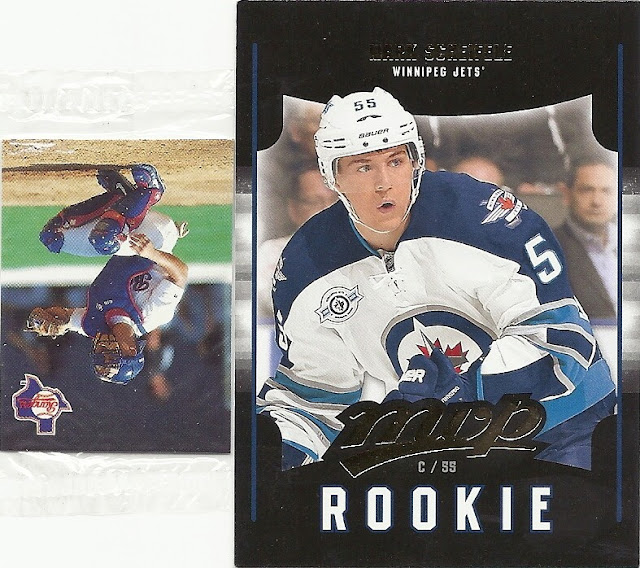 Why show Pudge next to a hockey card? Because there were some of the hockey version as well...
This, Bruin fans, is the Little Ball of Hate. Not that sham punk 4th line imposter on your team. 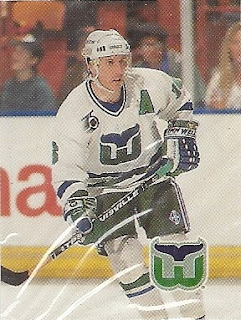 The backs are simlar to their baseball counterparts, except they are not numbered. The checklist lists them by team alphabetical team name. 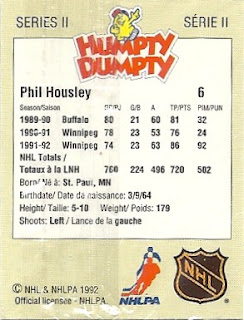 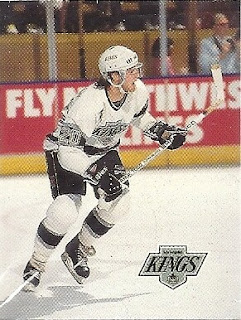 Brett Hull, before the "C". 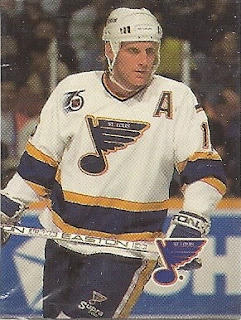 According to research, there are no Montreal Canadiens in the set. Shayne Corson, a former Hab, is listed as an Oiler since he was traded their the season before. 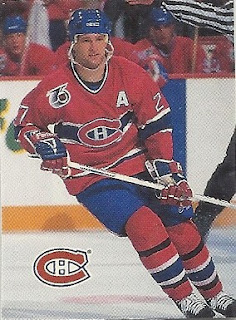 Uhhh....... what? No mention of this card anywhere online. So either there were unannounced variations (besides inverted) or someone screwed up. The checklist also lists players from the Minnesota North Stars, but the pictures depict Dallas Stars sweaters....

All told I received 15 of the 26 hockey players in Series 2, and 22 of the 50 baseball players, with duplicates of Mark Grace, Robin Ventura, and Benito Santiago.

Who knows if I'll ever finish these ones....
Posted by Captain Canuck at 7:59 PM

I've heard about those inverted cards but have never seen any. Thanks for sharing.

Those have a little bit of a Pro Set look to them. I wonder if they produced the set.

I have a Roberto Alomar in my sample collection but have never been able to find Sandy for my Tribe collection. I would also like to find Jim Abbott.

Is the inverted one going on ebay?
I may have to bid.

I've heard of goalies standing on their heads, but never a catcher. Sweet.

I'm not sure what we could work out for them, but I wouldn't mind having one of your extras. Any interest in some Japanese cards for one of your Canadian cards?

I will second the "luuuuuuuuuuuuuc". Big game tonight - hopefully mcsorely's stick is within regulations. Go kings!