and so it begins again... 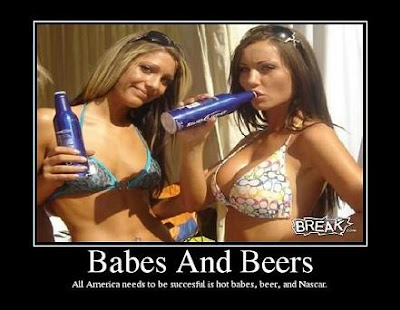 If Calgary could be summed up in a paragraph...

This would be it.

Labels: Calgary, Idiot of the month

so at last year's spring training, Braves phenom Jason Heyward put on a batting display lasting several days. His home runs would be hit so far, they would leave the field of play, cross a smaller field, and land in a parking lot across the street. This parking lot held the cars of Braves execs and managment. In all arbout 14 cars were damaged over the course of the week.
This year? 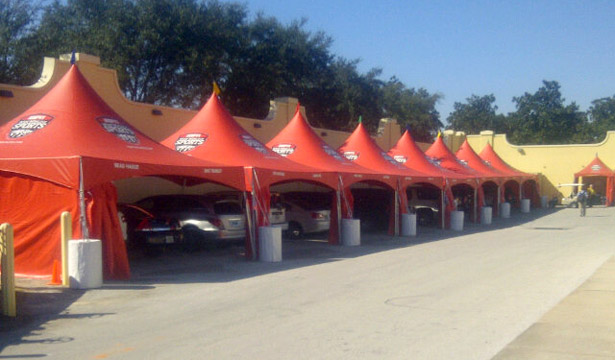 Well, you can't say the Braves don't adapt and learn from past mistakes.
Posted by Captain Canuck at 10:38 AM 2 comments:

If anyone needs me, you can find me HERE.

I'll be gone some most all of the day, so please leave a message in the comments and I'll get back to you... eventually.
Posted by Captain Canuck at 10:19 AM 2 comments:

Just in case you haven't seen it yet...

I've seen it a million times already, and it still gives me chills. In front of 76,000 people, Wayne Rooney proves why he's still the best. (you'll want to click it up to 720p HD)

EDIT: okay, I've tried 5 different videos now, Youtube keeps taking them down faster than I can put them up. This goal highlight must be loaded with government secrets or something. I'll try again later...


Suck on that City!
Posted by Captain Canuck at 6:40 PM 3 comments:

You think you're fancy...

We may do things smaller and simpler, but they still rock, even at 70+ years old....

oh, I kinda have to apologize for the 'Pepsi Max Dancers' that appear at around the 6:25 mark.... youhave to remember that the city of Edmonton doesn't have that many good looking women.... kinda like why Green Bay doesn't have cheerleaders. That, and it's -30 out. 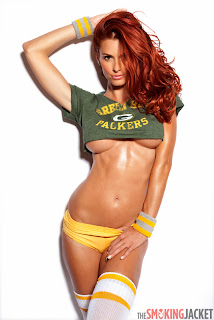 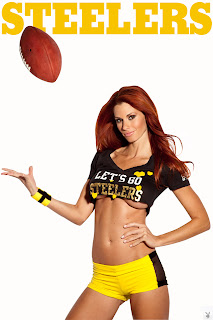 Who do you like?
Posted by Captain Canuck at 9:39 AM 6 comments:

Okay, so if you need salvation from 2011 Topps, Stick around and chew on this. Awhile back, I won a contest on Community Gum. No surprise there, he hosts contests every other day it seems. Well, let me correct myself. I participated in a contest.... I ended up answering something like one question right out of 10 or something, and Jon took pity on me and sent me a prize regardless. Kind of like one of those pathetic participation ribbons you see kids get at school nowadays.
But in this case, that means more cards for me....
A Tommy Glavine #/25 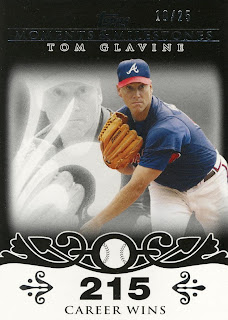 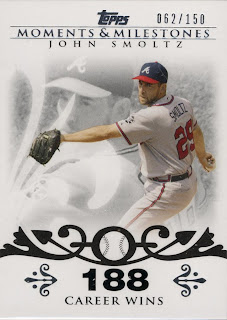 and a Josh Anderson auto. 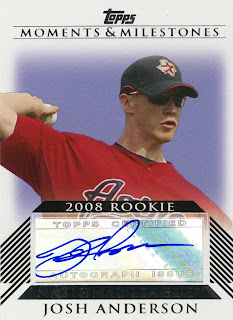 Thanks for the cards Jon! Check out Community Gum and maybe win some of your own cards. These are mine.
Posted by Captain Canuck at 7:14 PM 2 comments:

While I was at the card store yesterday, look what arrived! 2011 Topps! Canadian Edition! People were lined up outside his door! (okay, everybody waiting, 3 people, were waiting for 2010/11 UD SPx Hockey, but that's not important.)
I managed to grab the first pack in the onslaught. Let's crack her wide open and see the difference from the U.S. edition.
The next Yankee DH, Albert Pujols. 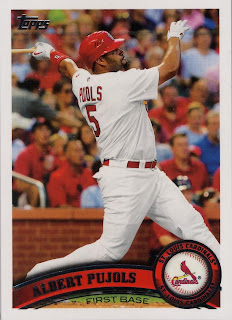 Hey! My first Brave! Omar Infante! Wait. Omar was traded at the beginning of November. Seriously, when were these printed? 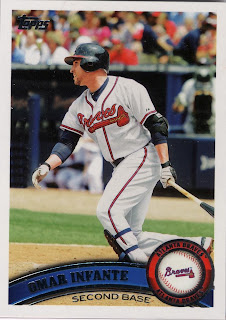 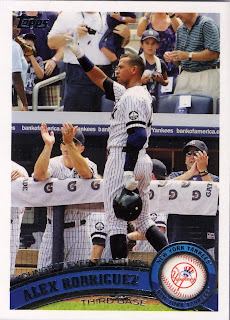 History of Topps insert. Seriously? Keep this crap out of my pack. 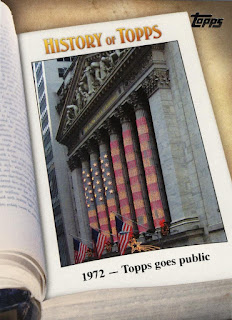 The closest thing I got to a real Brave, the back of Brian McCann on a Brett Wallace card. 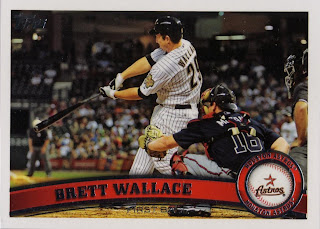 Topps 60 Felix Hernandez insert crap thingie that no one cares about. 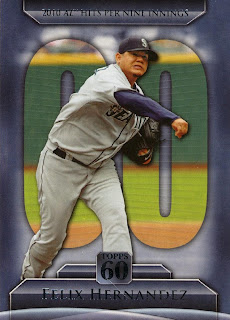 A Cory Luebke rookie. I know it's a rookie because it says so three times on the card. Me smrt like dumptruck. 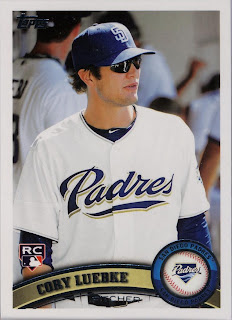 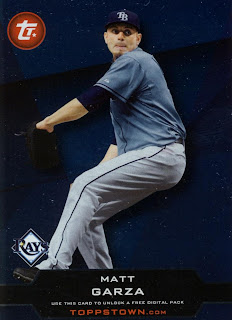 All in all, I could like the base set. After all, it's the Topps base set. And if I were to collect a baseball set this year, it would be Topps. Wait. What choice would I have? Nevermind. My problems with this set are the antiquated checklist and the overabundance of useless inane inserts. What worries me is that I know there are more, but I just didn't get any in my pack.
My grade of the day, a C+

Oh, yeah, you were wondering about the whole Canadian/U.S. differences.... well there aren't any. I just made that up so you'd actually read this among the 33,265 different 2011 Topps blog posts out there.
Hey, it worked, didn't it?
Posted by Captain Canuck at 11:04 AM 13 comments: