Well.. maybe not radio exactly, but I felt like the Wolfman* there for awhile. I received an email from a reader. Just to reach out and say, "Hey. How's it going."  You know, that kind of thing. It kind of surprised me. But it was nice to know someone just wanted to see how things were going. In the end, they said it would be nice if I got back to posting more.
The next day in the mail, I received a small package from gcrl. The contents, or most of it, I'll reveal here. In amongst the cards was a note. It said words to the effect "i hope you like these... maybe they'll even be worth a post."

Not one, but two requests for more posts.

But who am I to refuse my public? (even if it has taken me a couple of weeks to scan the cards and actually post. I never promise timely posts. Just the posts ma'am, just the posts.)

gcrl managed to hit upon a few off of the ole want lists....

Freddie Freeman, the one man team himself, from 2015 Gypsy Queen. 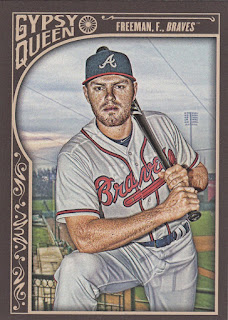 1985 Fleer Donnie Moore. If you don't know Donnie's tragic story, do some googling. And please, if you need help, talk to someone. Anyone. 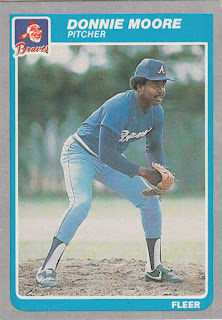 A slender 1992 Ron gant. You can tell it's a package from gcrl because one of the cards has a memorial patch on the sleeve.
I'll save you the google. It's for John W. Mullen 1924-1991. He was with the Braves in various front office capacities from Boston until his death in '91. 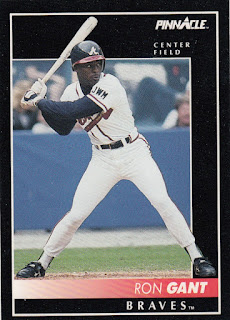 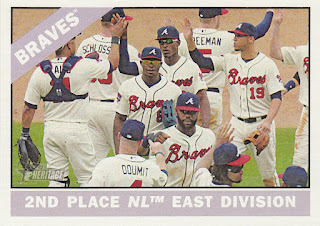 jim likes to rub salt in the wounds. Here's a Gold Alex Wood. I hated that trade then, I despise it now. 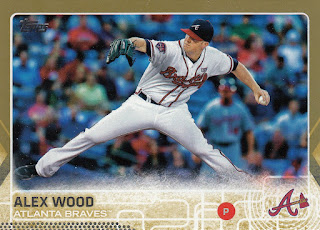 These are so cool. But I can't get them here. A Craig Kimbrel CHIPZ. I wish I had more of them. I only have Kimbrel and Uggla, so I thought this was a dupe. Until I came into my office at night in the dark and saw it sitting there on my desk glowing like Homer. IT"S A GLOW IN THE DARK VARIANT KIMBREL!!!!! 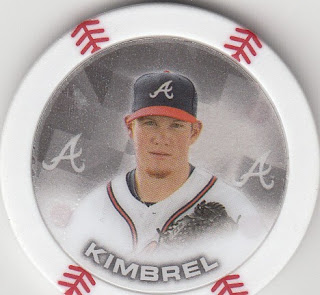 Mr Jeff Blauser from 1992 Stadium Club fame represents a few of the inevitable dupes in any surprise gift package. 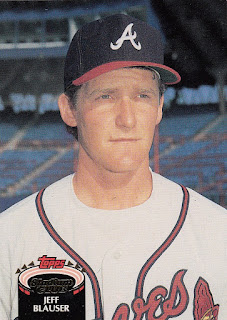 
and somehow, it's a double.


but what a wonderful duplicate it is. 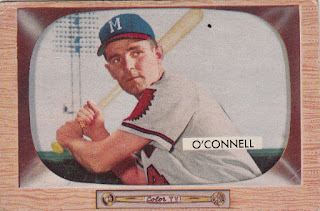 look at that gloriousness.