The 2015 World Cup is only six days away. Okay, so it's not then men's, but the women's turn. AND, it's here in Canada. The land of hockey, polar bears, artificial turf stadiums, poutine and the philipp's head screw driver.

I have collectors from all over the world emailing me, asking if I'm swapping stickers, full packets, and empty sticker books. To which I reply, no.

Because here in Calgary, exactly zero places are selling them. Zero. None. Nada.

Granted the ladies do not play here. The closest is Edmonton or Vancouver, but still..... it's the freaking World Cup!

I did manage to find a football (fine, soccer) card at the card show last weekend. It was even an on card auto. 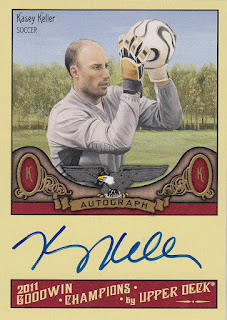 Kasey was part of four World Cup teams, as well as being the first American goalkeeper to play in Germany and the Premier League. Without him, no Brad Friedel, No Tim Howard, No Brad Guzan.

Yeah, I pillaged those binders, let me tell you.

Good bye, we hardly knew you. Hello, and welcome!

The 2014-15 Barclay's Premier League season has ended. With that, we say good bye to the bottom three teams in the standings. (for those of you who don't follow English football, every season the last three teams in league standings get relegated to a lower tiered league. The top three teams from that league, called The Championship, get promoted to play in the Premier League. Think of that format applied to your favourite sporting league.)
Two teams who were promoted this season, were then promptly relegated.
At the bottom, Queens Park Rangers (QPR)
8 wins 6 draws 24 losses - 30 pts
QPR is in a bit of a bind with FIFA over their 'fair play' mandate about spending within your means.
They spent a LOT of cash to get promoted, and those moves just didn't work in the long haul. Expect a fire sale at Loftus Road over the summer transfer window as they look to get under budget.

Burnley fought bravely, but in the end were overwhelmed by more experienced teams with bigger payrolls. Look for rising stars Danny Ings, Tom Heaton and Scott Arfield to be plucked away by bigger clubs offering Burnley bushels of Euros. 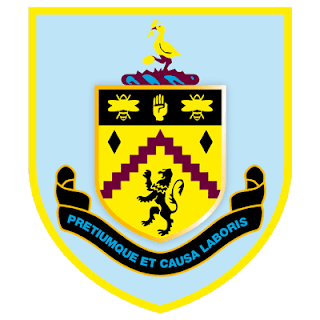 Hull, one of my favourite clubs to watch, fell short of avoiding the drop on the final day. They had to win, combined with a Newcastle loss to stay up. It was not to be as the drew Manchester United at home while Newcastle broke an 11 game losing skid to defeat West Ham.
I'll miss them. but Steve Bruce has what it takes to bring them back.

the Premier League will once again be visiting Carrow Road after a brief hiatus. The Cannaries were relegated after the 2013-14 season, spending one season in the Championship before earning another promotion.

The Hornets are back after an 8 year absence. I for one, can't wait. And I know that Arsenal may have one fewer fan next season....

Bournemouth AFC won the Championship title on the last day of the season, and come up to the Premier League for the first time in their 117 year existence.
Patience pays off people. Never give up. Don't ever give up. 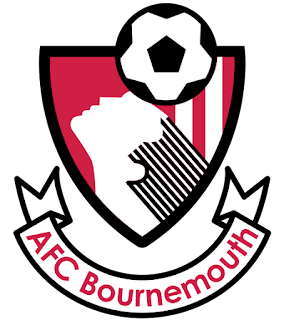 I for one, cannot wait until the new season kicks off. But before we get to that, we'll have a few months of transfer rumours and dealings to get through.
Have any hopes for you club?
Posted by Captain Canuck at 5:00 AM 3 comments:

well, with me. And my buddy Night Owl. While we don't always see eye to eye on things, (I'm a lot taller) we do agree that the night time is the right time.

And that smoothly leads to a surprise envelope that landed in my mailbox this past week. From the previously mentioned owl.

In it were half a dozen needs from my 2015 Topps want list, (thanks to owl for actually looking at my list!) and a couple of other throw ins...

first up, we have the Pig. It's good to have owl looking at your lists when it's Dodgers you need. 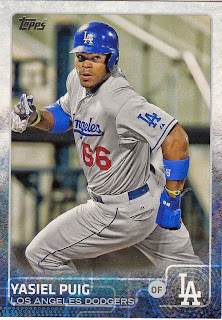 case in point. Yimi? Really? I suppose Youppie was already taken. (props if you know who the heck I'm talking about.) 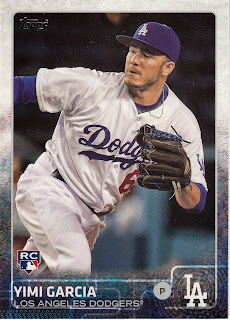 and being the secret Giant fan that we all know he is, he had extra Bumgarners too.... 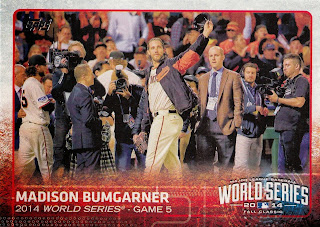 along with being a closet Rockie super collector... 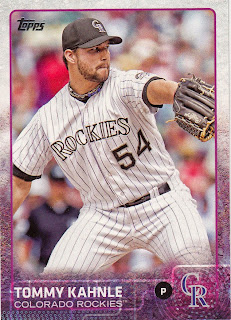 and for this one I got nuthin'... just glad to have received it. 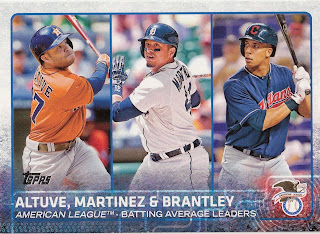 Here we have a card that I set my sights on as soon as I knew it was coming out, but not a single card shop in town brought in any Donruss baseball (can you blame them?) So no pack busting for me...
but like any good friend, he knew I'd give it a good home. 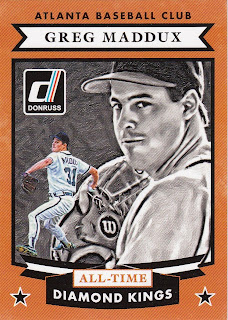 and the final card I'll show is this Chipper Jones mini from 2012 A&G.

it's an A&G back, but has no number on it. Did all the A&G backs have no number? I thought only the regular backs got the "no number whoops we accidentally goofed on purpose" treatment.
Am I wrong? What am I looking at here?
I suppose I could google, but that'll take something close to effort.