I went to trade night at one of the local shops last week. I was expecting a lot of hockey talk. The season is well underway, and a lot of new products had been released recently.
While there certainly was that, there was also some baseball being opened. And wouldn't you know it... a card appeared that as soon as I saw it, I knew I had to have it.
So much for my poker face. And they knew it.
Ah well... $20 later and this little beauty became mine. 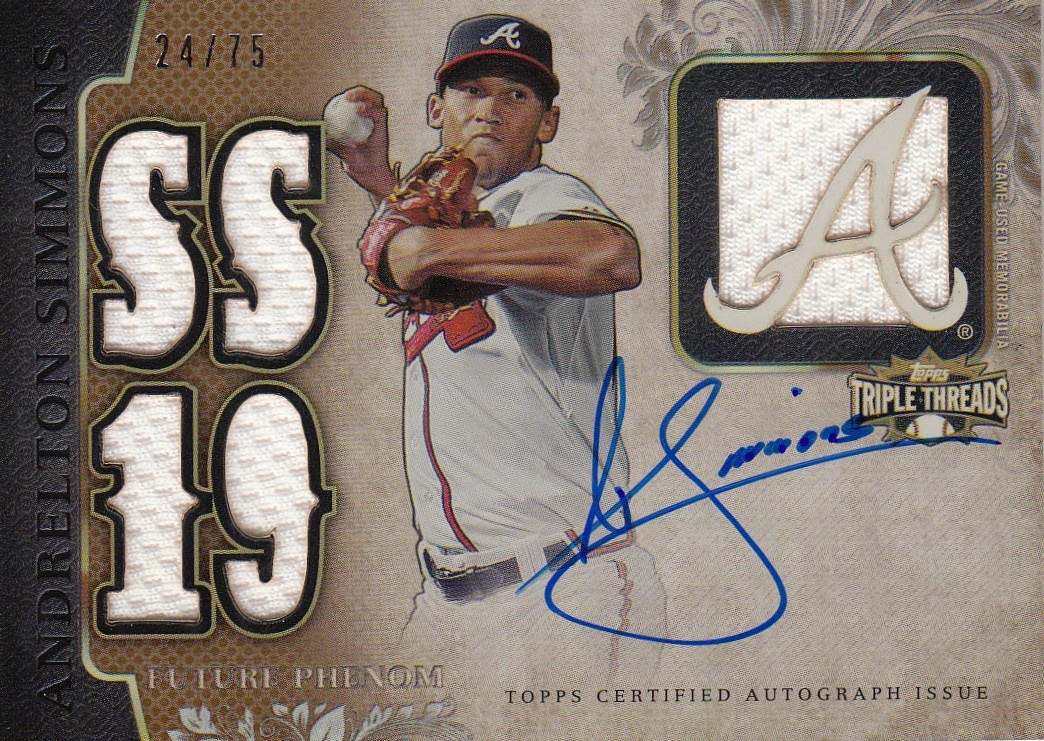 I really like the card. A lot of jersey, the pic being in the center, the cut out logo, not to mention the sweet on card signature. A beauty.

I'll just concentrate on the good aspects of the game right now, and completely ignore the idiocy that is going on in ATL right now....
Posted by Captain Canuck at 12:47 PM 2 comments: 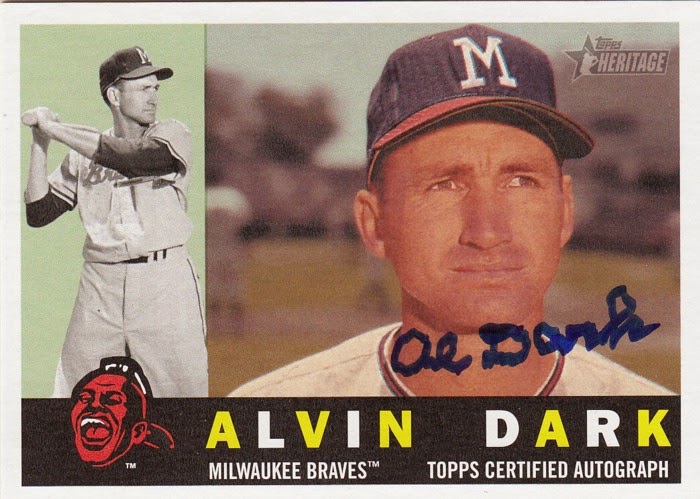 He only played for the Braves in '48 and '49 (plus 15 games in '46) before being traded away to the Giants with Eddie Stanky for Sid Gordon, Buddy Kerr, Willard Marshall and Red Webb.

I didn't know too much about Al, but thanks to trading for this card at a local trade night last year, I did some research on him.
That's what this hobby is about for me. Not how much my card is worth. Not the mad mojo rush to get the latest prospect card graded in hopes of a 10. Not having every single card ever made.
But acquiring a card of a guy who played on my team, and reading up on him. Finding out about the past.

Most people, including Braves fans, would not even notice the passing of a 92 year old ex-ballplayer. But thanks to a trade with a fellow collector, I did.

Breaking Down The Best Baseball Wax Boxes In The 1980s

The 1980s were certainly an exciting time for anyone who really got into collecting baseball cards. There were a lot of options popping up all over the place, and plenty of baseball wax boxes were around to be collected. While some are more valuable than others, there are usually certain years people point to for collectors to try and target. It might come down to a certain player that makes a person select a season, or maybe they just want the best overall value. Either way, here’s a closer look.

Rookie cards are always going to be enticing for people to go after when collecting baseball cards. That is why a lot of people believe that the 1983 season is a pretty good one to target. Tony Gwynn, Ryne Sandberg and Wade Boggs were all rookies at the time, and the 1983 Topps set had very good options for those 3. There were also some other valuable cards scattered in that set, and that makes the wax box pretty valuable in general.

The year before 1983, there were several other valuable wax boxes. Cal Ripken Jr. headlined that class of rookies in 1982, and he always seems to be one of the more valuable options available in any card collection.

Finally, there are some people who are going to gravitate towards a newer generation of players since they are still popular with even the younger collectors. The 1989 season for Topps and Upper Deck can still be found without having to spend a lot of money. Rookie such as Ken Griffey Jr., Randy Johnson, John Smoltz and Craig Biggio were all found in that set.

As is the case with a lot of cards, the prices seem to go up more and more the older the wax boxes are. Since there is not really a huge difference, investors seem to focus more on their personal favorites instead of trying to make a huge profit.

For a 100% deposit bonus use this fan duel promo here.
Posted by Captain Canuck at 5:00 AM No comments: