and now we have something called the Competitive Balance Lottery. Basically, it's a lottery for teams to get extra picks in the draft, so that the "poorer teams" can compete with the Yankees and Red Sox.

It starts with the 2013 draft, and 13 teams are eligible for picks. There will be 12 picks given away, 6 at the end of the 1st round, and the other six at the end of the 2nd round.
The teams that are eligible are the D-backs, Orioles, Indians, Royals, A's, Pirates, Padres, Rays, Reds, Rockies, Marlins, Brewers and Cardinals.

Because they need the extra help and picks.

Just when I think there is nothing anyone can do to top Gary Bettman and company, Bud comes back swingin'.
Posted by Captain Canuck at 1:11 PM 8 comments:

at last weekend's card show, I picked up a couple of new shiny Braves from on of Bowman's latest releases.
The first, of pitcher Arodys Vizcaino is a very shiny die-cut thingie. I have no idea what insert set this is from. It's number is 10. 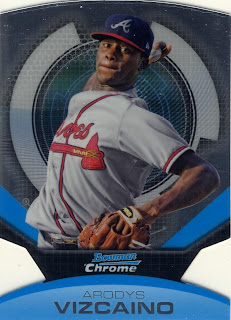 Cool despite not knowing where it came from. Or why the really odd die-cut shape.

The second was a shiny J-Hey. This one was a little easier figuring out where it came from. 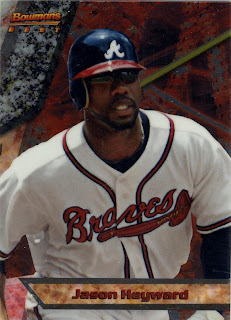 Nice.
Not bad for a hockey show in the Great White North.
Posted by Captain Canuck at 10:22 AM 1 comment:

Tony Stewart for the win! 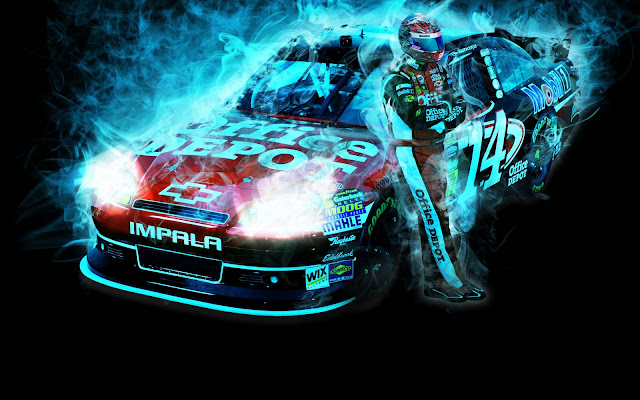 My favourite driver since he moved over from Indy car.... Congratulations Tony!!!
Posted by Captain Canuck at 1:24 PM 2 comments:

This year's Hall of Fame inductees are....
Joe Nieuwendyk (KNEE-when-dike) Center. (SEN-ter)
Joe ended his 20 year career with 564 goals, 562 assists in 1257 games. And three Stanley Cup wins with three different teams.
Joe's rookie card is this 1988/89 OPC #16. To show you how times have changed, Joe had already played 2 seasons BEFORE this card came out, including scoring 51 goals the season before. 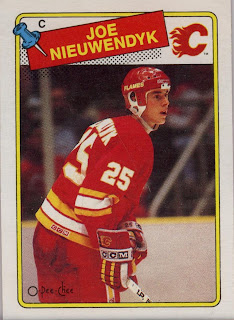 Mark Howe, famous for more than being one of Gordie's sons, retired after 22 seasons in both the WHA and then the NHL. Combined, Mark scored 405 goals and 841 assists.  No Stanley Cups, but two Avco Cups in the WHA with Houston, '74 and '75. 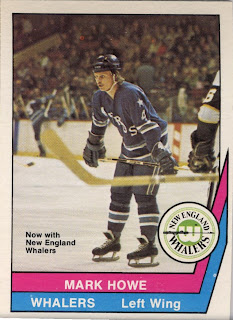 Mark did have a card in the '73/74 OPC WHA set, but apparently it does not count as a rookie card like it would in baseball. 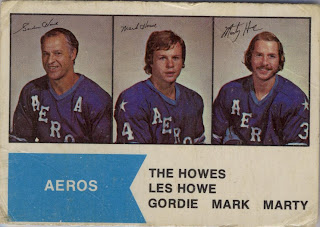 Eddie the Eagle, probably best known for his masks than anything, finished a 17 year career with one Stanley Cup win in 1999 with Dallas. In those 17 years he had a record of 484-320-125 with a 2.50 GAA.
Ed's inclusion into the H.O.F. is marginal at best, however with the bar set at Grant Fuhr, quite a few goalies from the '90's are going to get in. 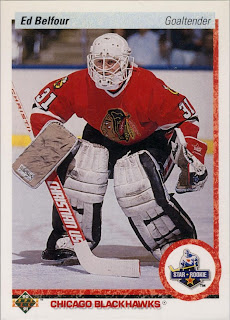 Another marginal entry into the Hall. Mostly due to media popularity. But when Glen Anderson, Bernie Federko and Clark Gilles are in the Hall.... the bar is now set pretty low....
450 goals 964 assists for 8 teams. Traded 7 times. 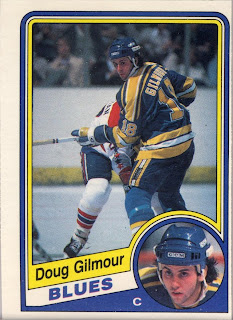 what I thought was a mint set is not as Dug here is the poster child for OPC off centeredness.

Congrats to all the new entries into the NHL Hall of Pretty Good. I mean, Fame.
Posted by Captain Canuck at 10:10 PM 4 comments:

On Monday, November 14, the National League Rookie of the Year will be announced. It will be an Atlanta Brave. The top three rookies in contention are all Braves. The question is, which one?
Freddie Freeman 1B - .282 with 21 HR and 76 RBI with a .795 OPS and top notch defence.... 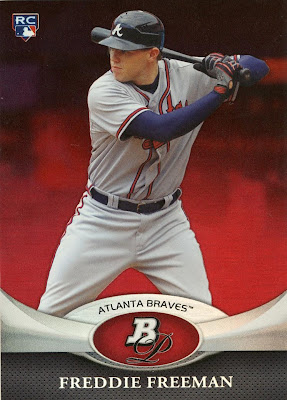 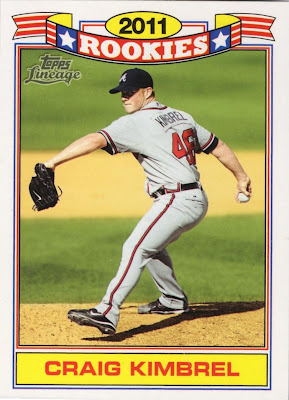 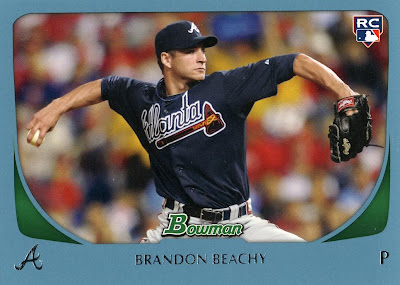 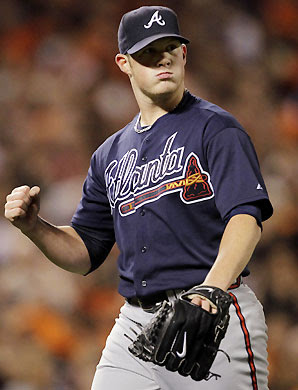 Nationals 2B Danny Espinoza will get some votes as well... I just don't think that many.
Thoughts?
Posted by Captain Canuck at 12:27 PM 2 comments:

Redemption at the Plate

Awhile ago I received a small package from my buddy who runs Play at the Plate. In it, he enclosed this piece of cardboard.... 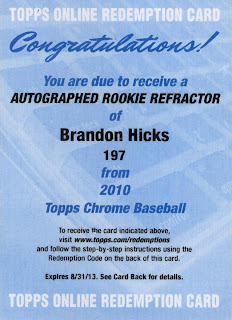 3-4 weeks later, another small package arrived at my door from Topps. 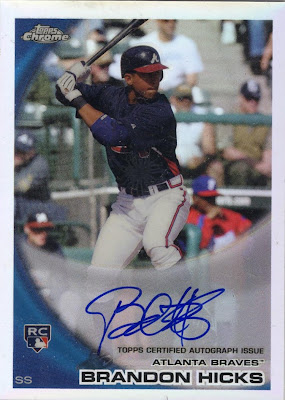 Now if only Panini and Upper Deck would return my redemptions.....