If you've never seen these cards in person, you're missing out. By far one of the greatest sets to be put out in the last 30 years. 2010 Panini World Cup.
These cards, IF you can ever find them, aren't cheap. Thankfully I don't need too many more, having tackled it back in 2010 until the pack supply dried up. I was soooooooo hoping for another go for the 2014 World Cup, but Panini crapped the bed by putting out Prizm instead. Prizm is probably Panini's ugliest set across all sports. And the feetsball was no exception.

These country cards are so shiny. You could signal aircraft with these things. 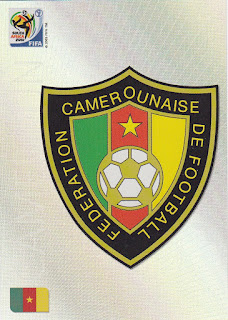 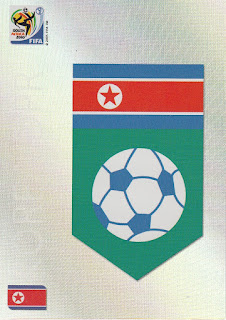 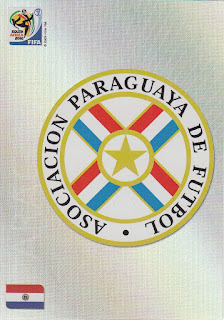 and Paraguay. My crappy scans don't show it well, but the country name is ghosted on the left side going from bottom to top. 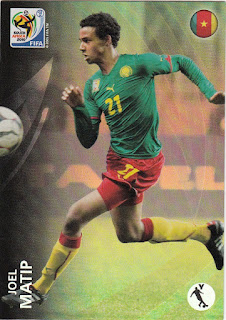 These next two are clear acetate cards. Two of the bigger stars I was missing. Thankfully Rooney, Ronaldo, and Messi are already tucked safely into my binder... 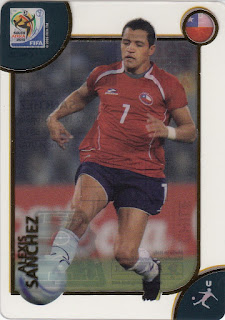 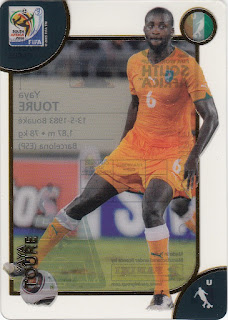 Wrapping up with two more base cards... 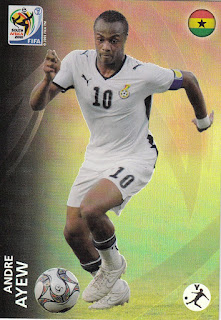 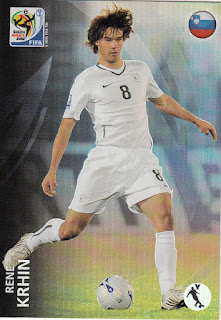 I was grateful to find a single seller with eight cards I needed. And even more grateful that he was having a sale. These set me back just under $9. His normal price was around $27. Yay sales!

When I finish it, I'm scanning every page for posterity.
Posted by Captain Canuck at 8:17 PM 1 comment: