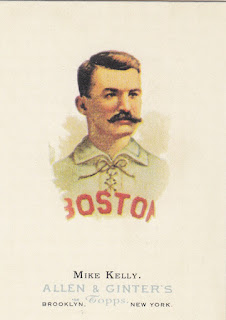 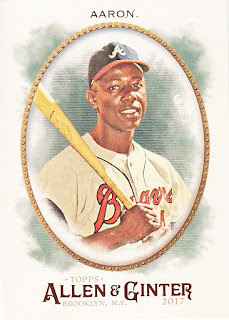 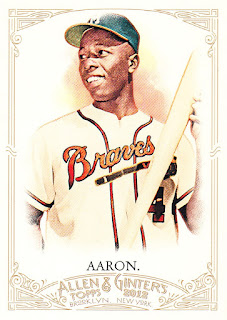 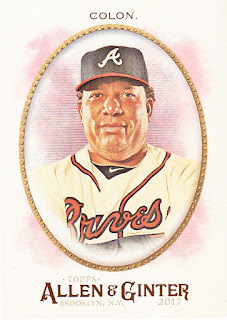 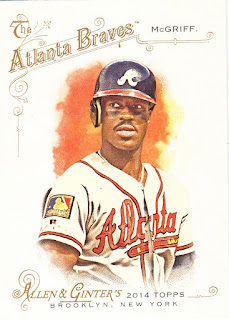 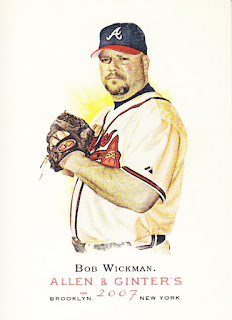 My take on 2020 Topps Heritage

Ah... the sweet smell of vintage baseball cards. Well, modern vintage. I'm talking about 2020 Topps Heritage baseball of course. Doing their version of 1971 Topps. Those glorious black borders. Made all the more tremendous after the horridly dull grey borders or the previous year.

I opened a box, and was disappointed in what I found.... but I'll talk about that at the end. First, pictures!

Here we go … A Brave! Mr. Jackson showing how to throw a fastball. Grip it and rip it Luke. 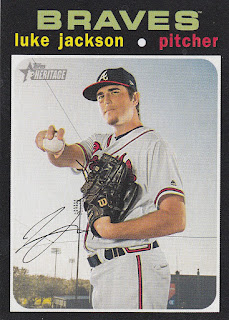 Vlad Jr. The savior. According to the national sports networks here in Canada, they should be holding his enshrinement ceremonies in Cooperstown as soon as the lock down is over. Love that rookie trophy though. 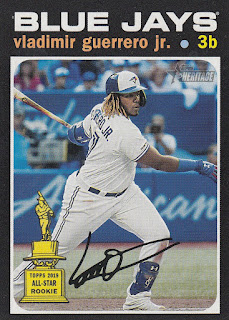 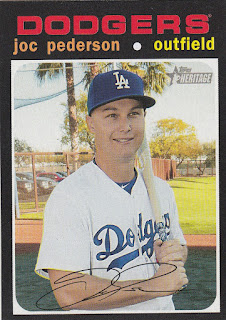 I do like the rookie cards set up like this.... A nice bold design with no annoying rookie logo disrupting the card front. 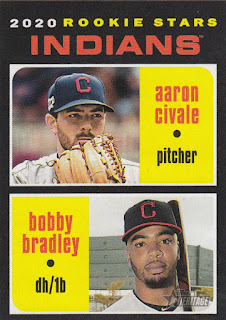 I've always loved leader cards. It's a great way to be able to acquire superstar Hall of Famer cards from their playing days at a somewhat affordable price compared to their regular base card.
(anyone of you familiar with Verlander's wife knows why he's always smiling) 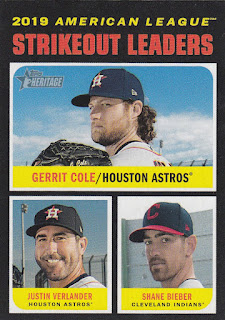 YES! Horrible photoshop on a 2020 card. I hope Topps did a horrible job on purpose because they were trying to remind everyone of back in the day... They did... I'm sure.... Right? 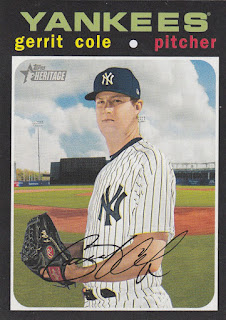 Speaking of photoshop.... Yikes. Since when has Topps just cut ballplayers out of their existing surroundings and layered them over a new background???? Card after card after card I found where it was a cut and paste job. They haven't always done that with Heritage, have they? Yeeesh. 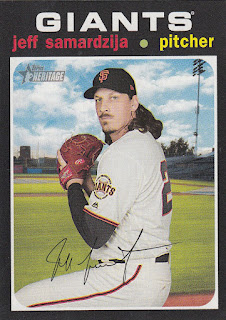 A DeGrom sighting on Tatooine. Who was it that collected Tatooine cards? Someone did. GCRL maybe? I dunno. 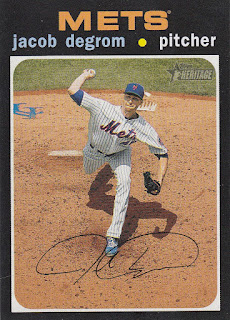 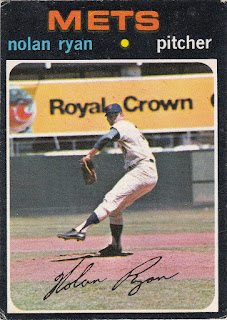 Do they still make Royal Crown ????

By the way, that is my Ryan from my set. Only my set is of course, O-Pee-Chee. Which, as any card collector knows, is far superior to the Topps version because of this.... 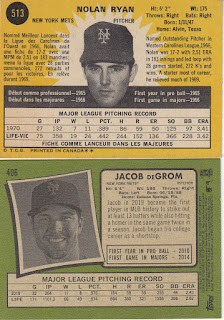 Oh! The backs! The great OPC backs! Whether it's 1971 or 1991.... OPC card backs were fantastically greater. Not too mention, readable.

Overall I really like the cards. They look good and a nice feel.  It was a fun opening, looking at the pictures, trying to figure out which one was an homage to anything in the '71 set. Decent player selection.
What I didn't love was the collation. Close to thirty duplicates. When you cannot get a base set out of one box, receiving duplicates is a sin. It's not that difficult to have an algorithm set to prevent this. It is already an overpriced product. No way you should have to pay $115 a box for this when Series 1 can be had for $89. Especially considering chasing down the 100 short print high number cards seeded at only 8-9 per box.

But, we're suckers. Topps knows this and doesn't care. Thankfully after a couple of swaps over the last week or so I think I'm damn close to having the base set. Still sitting at 9 of the high numbers though. It's tough to swap for those when you don't get duplicates.
Oh well... it's not a race, right?

What say you? Heritage, Hell Yeah or Nah? Did you open any? Who's chasing the set?