Welcome to Match 35. As far as the Premier League is concerned, Oprah has sung, the party's over, Manchester United has earned the championship trophy with over a month still to play.

As far as we're concerned, the race is still on.

Being late in the year, I've assembled an All Star squad to help us get through the last few matches. 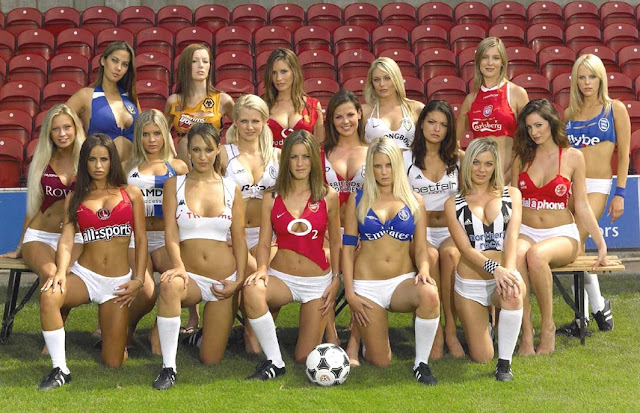 Pick your favourite, and let's get going.

Just to make it official...


I've highlighted the teams in blue that are in the race for Champions League status... as you know, top four clubs make it... with them as well as the fifth place finisher also eligible for Europa League play.

All of that means more $$$ in the coffers.

At the bottom of the table, QPR and Reading face off, with the loser being confirmed to relegation. If Aston Villa beats Sunderland, both QPR and Reading are in the drop regardless.
Wigan is in tough hosting Tottenham.

That Villa match is on Monday, so let's get your comments in by Tuesday afternoonish.

The Chiefs need help everywhere. Thankfully in the NFL, you start at the lines, and build out. And in this year's draft, top quality linemen are everywhere. We'll give Kansas City the best of the bunch. From Central Michigan, OT Eric Fisher. 6'8" 305 lbs.

Rumour has it the Jags want to move down for multiple picks. We aren't a live blog cast, (yet), so here they stay. If they really think Blaine Gabbert is their guy, they need to keep him alive. Luke Joeckel OT from Texas A&M 6'6" 310 lbs will help with that immediately.

In the words of the immortal Al Davis, "The other team's quarterback must go down.... and he must go down hard." And that's exactly why they select DL Sharrif Floyd from Florida. 6'3" 305 lbs.

The Lions have had the worst secondary in the NFL for four years. Despite their need on the O-line and with Chance Wormack available, they take the top corner, CB Dee Milner from Alabama. 6'1" 199 lbs.

Cleveland. Ah Cleveland. Here we go again. I have a feeling that despite what the new people in charge are saying... going into the year with Brandon Wheedon, Jason Campbell, and Thaddeus Lewis as their QB's scares the hell out of them. Look for a reach pick here and QB Geno Smith from West Virginia. 6'3" 214 lbs

Folks, have your kids grow up to be lineman. Another team with issues here. The tackles aren't horrible, so the Cardinals go Guard with Jonathan Cooper 6'3" 310 lbs out of North Carolina.

I'm going to give the Bills and their new QB a new toy here. WR Tavon Austin from West Virginia 5'9" 174 lbs. Although with OT Chance Wormack still available, they might be tempted.....

The J-E-T-S with the first of two picks in the 1st round. They need a LOT of help. And they need some players too.... Dion Jordan will help any defence. And he'll excell in the Jets 3-4 scheme at outside linebacker. From Oregon 6'7" 241 lbs.

Going off the board a bit here... The Titans will take Ezekiel Ansah. A DL from BYU 6'6" 270 lbs. There are corners on the board, but they'll be some available in the 2nd round as well.... Ansah is too good to pass up.

Finally. Chance Wormack OT from Alabama, 6'3" 320 lbs come on down. Look for the Bolts to plug him in at guard.

another need, another lineman. RT D.J. Fluker from Alabama. 6'6" 335 lbs. Can the Dolphins afford to feed him?

if Sanchez is your guy (snicker) then you gotta help him out. TE Tyler Eifert from Notre Dame 6'6" 251 lbs will help. Great hands and a nightmare for linebackers.

The Rams first of two picks. Everything I've heard or read for the last two months say the Rams go safety here. And I agree. That probably means they draft a punter. What do I know, anyway? S Kenny Vaccaro, Texas. 6'1" 215 lbs.

For the first time in a long time, the Steelers need help at linebacker. With James Harrison let go, Jarvis Jones will step right in. Georgia. 6'3" 241 lbs.

Da Boys are thrilled to see DT Star Loyulelei fall to them at 18. Nose tackle is a key position in the NFC East, and Star will help Pro Bowler Jay Ratliff take a rest after an injury plagued year.  Utah. 6'4" 320 lbs. Besides.... where else did you think a guy named Star would end up?

another team with need of line help. The Giants O-line is old. Dallas Thomas, OT from Tennessee helps right away. Can also play guard. 6'5" 300 lbs. I love a guy named Dallas playing for the G-Men.

One of the league's top defences gets better. Safety Eric Reid from LSU. 6'2" 208 lbs. Mike Zimmer is smiling.

with safety taken care of in their first pick, I'll continue to imrove their D by adding the top LB left... Alec Ogletree. Georgia. 6'3" 252 lbs. The Rams D is now a whole lot better.

The Vikes traded their top WR, so, they need to draft a top WR. This isn't as difficult as some people think. Cordarrelle Patterson out of Tennessee. 6'3" 205 lbs. A little immature, but Minnesota likes that. Just avoid boat rides.

the Colts have other needs, but when D.J. Hayden falls to 24, their grab him. Corners of theis quality are hard to find. An injury hurt his draft stock, but if anyone likes comeback stories, it's Inday nad Chuck Pagano. Out of Houston, 5'11" 195 lbs.

The Vikes will use their second pick of the round to help their defence. DT Sylvester Williams will plug in and stuff the run. Something the Vikings have forgotten about recently. North Carolina, 6'3" 320 lbs.

I wasn't going to do it, but what the heck. I'll draft a running back in the first round. And what better place than here? Green Bay hasn't had a number one back since Ahman Green. So we'll give them RB Eddy Lacy. Alabama 6'0" 220 lbs.

Houston needs someone to take pressure off of Andre Johnson. WR Justin Hunter, Tennessee 6'4" 205 lbs is that guy. He's fresh and needs coaching, but will turn into a beast with a little patience.

No way the Horse Heads figured on Bjoern Werner falling to 28. So strategy goes out the window as they select the 6'4" 255 lb linebacker from Florida State.  Elvis who?

Atlanta helps their depleted defence with CB Desmond Trufont. 6'0" 185 lbs out of Washington. He'll start opposite of Asante Samuel and might evern return kicks.

More weapons for Kaepernick. TE Zach Ertz from Stanford. (the Harbaugh connection) 6'6" 245 lbs. With the addition of Ertz and Anquon Boldin.... look out NFC West.

With the last pick of the 1st round, Baltimore selects LB Arthur Brown. 6'1" 228 lbs from Kansas State. The Ravens 'backers are old and slow... Brown will help solve that.

Posted by Captain Canuck at 2:36 PM No comments: