Check out my Ginter...

had my Check Out My Cards order shipped awhile back.... just getting to it now. Decided to make a post about a few different things and mix it all into one.
We'll talk about COMC, Freddie Freeman, Allen & Ginter, team sets, and wantlists.
Let's dive in.
A couple of months ago or so, I sent 200 cards that I never wanted to see again to COMC to sell. Their fees are pretty high, so rather than take my money... I used it to buy cards that I did want. That way I only have to pay the $3 shipping and I get cards I really want for stuff I could not care less about.
Kind of a convoluted trading system if you will.
My first shipment contained 113 cards. (I now have another 39 cards waiting to be shipped, but that's for another time waaaay down the line)
Among them were some A&G short prints I needed to finish up, or at least get closer to finishing, some team sets.
2013 Freddie Freeman #304 SP  - $0.55 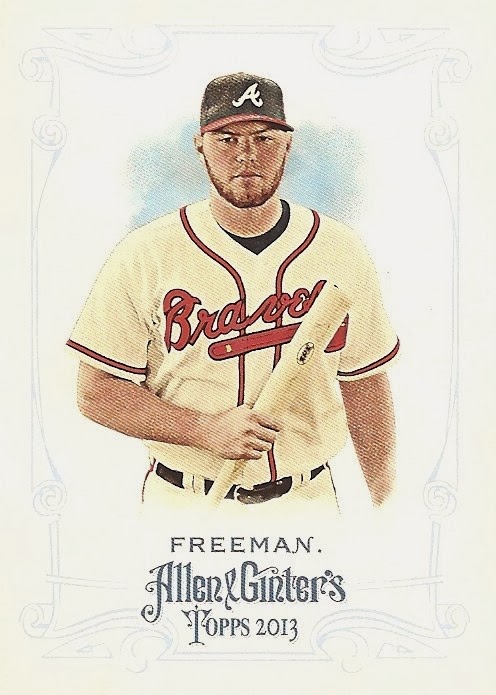 Freddie signed a long term deal this week.
No, not with the Braves. He still goes to arbitration, asking 5.75 million while the Braves counter with 4.5 million. Either way, it's an upgrade over the $356,000 he made last year.
And Freddie may need it. He just got engaged to former bikini model and current realtor, Chelsea Goff. 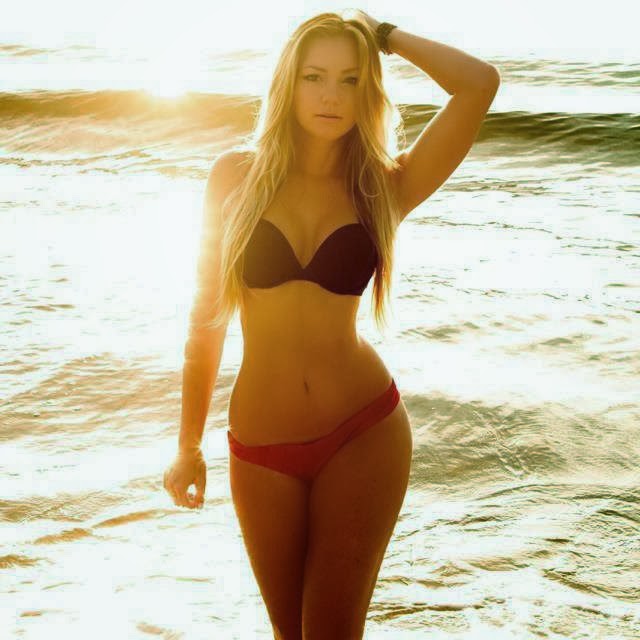 Congrats Freddie. On more than the contract. 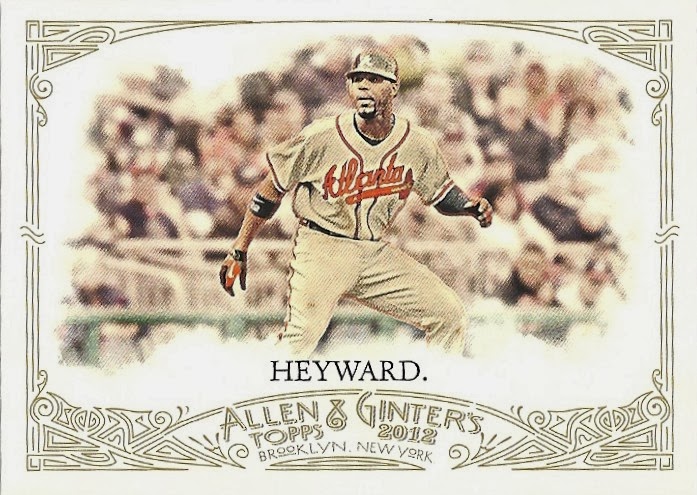 I almost fell off of my chair when A&G didn't SP Jason for the 2013 set. He seems to be one in every other year. 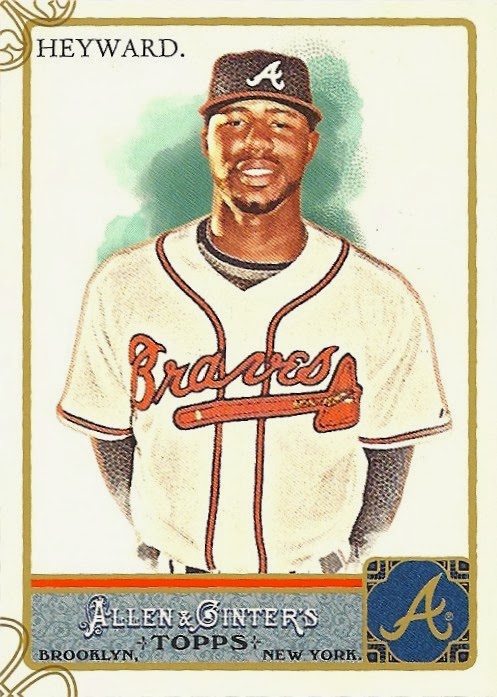 see?
I accidently bought the code card version... but does it really matter? No.
That finished off my team set. 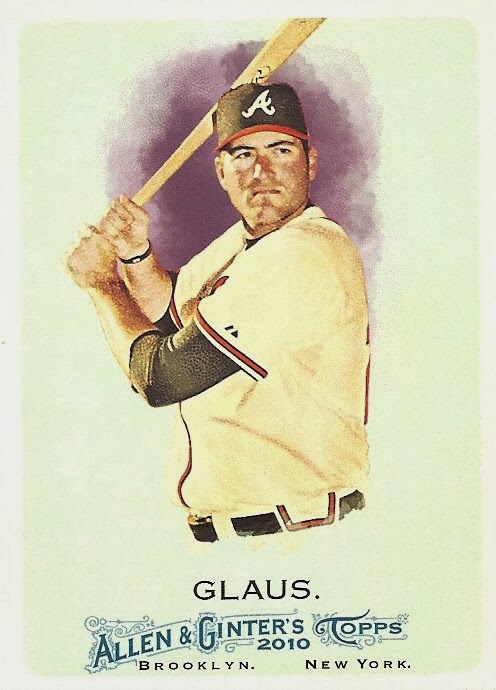 Troy finished off my team set... 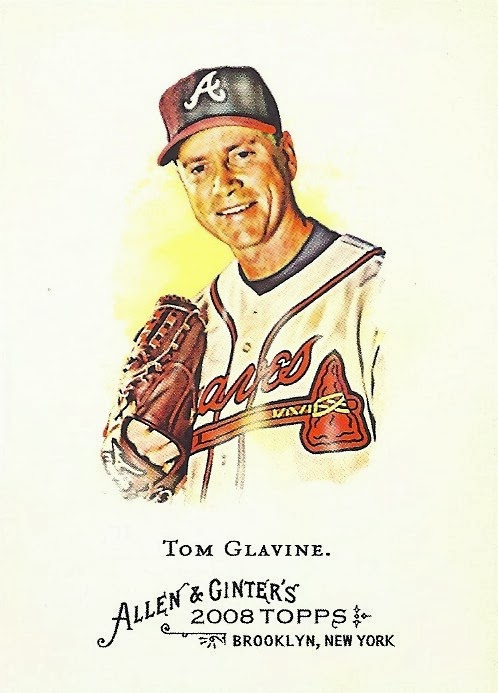 Smiling Tom here came with another SP. Matt Diaz #344. No one knows what Blogger did with the scan... it be gone but good.

If anyone can help me out, I'd mucho appreciate it. I built complete Ginter sets in 2008 and 2009, but not the other years... if anyone has a bunch of extras from the other years and is feeling overly generous and would like to help me out with that, great! I'll take 'em.

Posted by Captain Canuck at 2:47 PM No comments:

I'm not saying I'm not overly thrilled with Maddux and Glavine being elected to the Hall. Most deserving.
But everyone knew that was coming.
Some people deluded themselves into thinking guys like Morris or Martinez (HA!) would be in the running, but no.
But here it is on Canada's National sports page, front and center.... well, maybe down and to the lower left actually.
Behind the lead story that Montreal is starting their backup goalie against the Flyers tonight.
But! It did make it ahead of Michael Bradley signing with Toronto FC! So there's that... 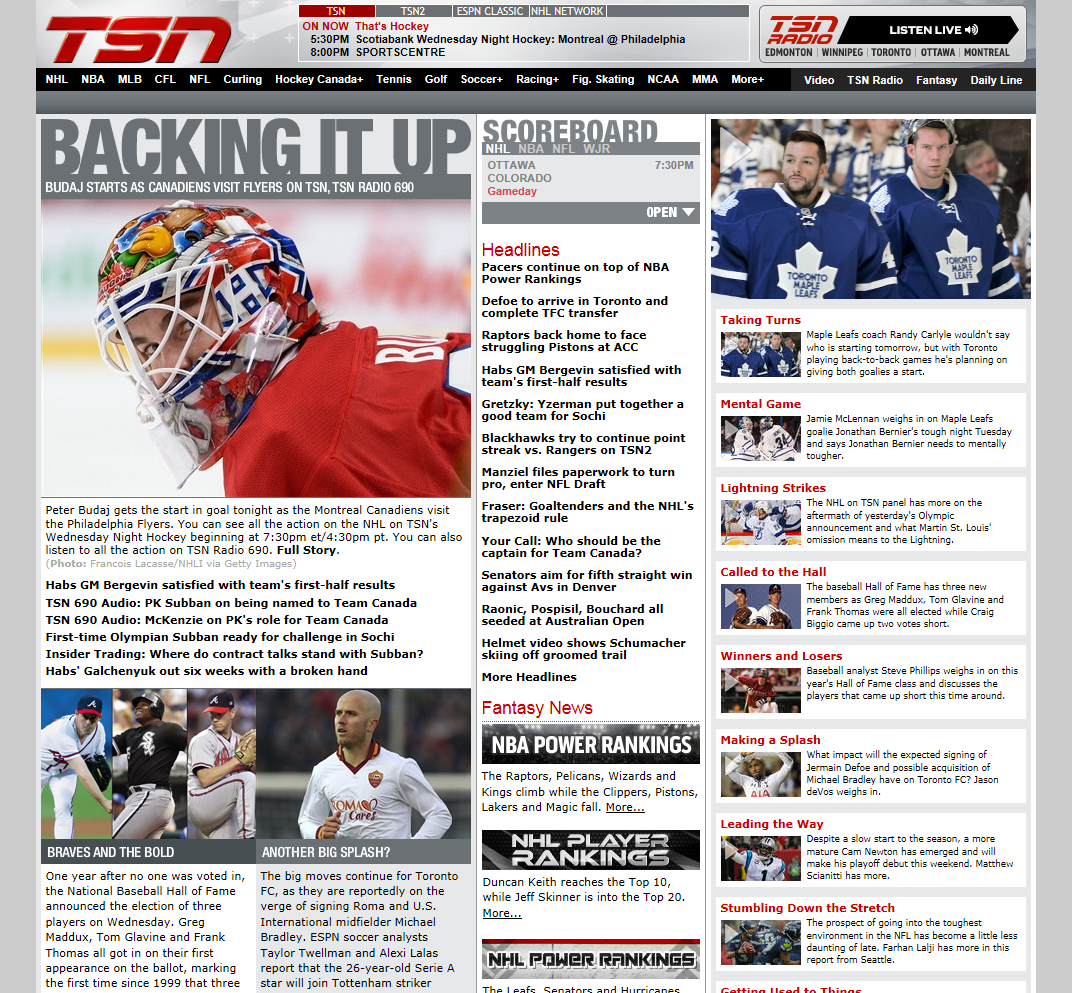 How baseball has fallen over the years... almost an afterthought. Hopefully whomever takes over for that idiot Selig can right some wrongs and bring baseball back.
Posted by Captain Canuck at 5:21 PM 3 comments: