I'm busy watching the Cowboys try and win without Tony Romo... enjoy the pics and the videos in the meantime. 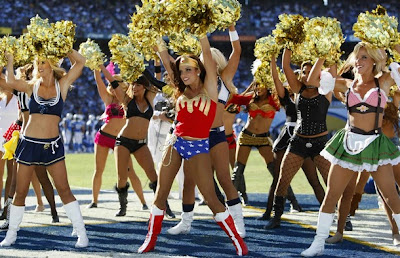 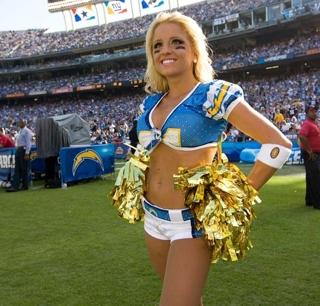 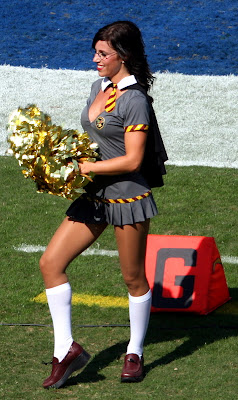 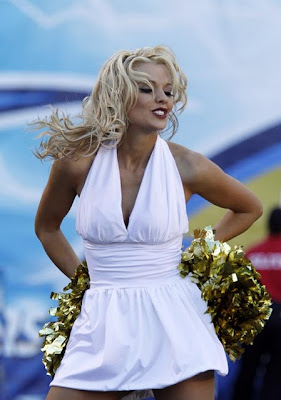 tell 'em Canuck sent you for a bonus point.
Posted by Captain Canuck at 8:48 PM 1 comment:

yet another quality control issue....

Topps is long known for their airbrushing. Back in the day, we didn't know any better, but still as a 5 year old not knowing what he was looking at, I still didn't like it. But it was the only game in town, so we lived with it. Fast forward 30 years or so. Topps is the only game in town, and we still have airbrushing.
But besides that, in their frenzy to try and fool us with their artistic techniques, they make other mistakes. Sometimes big ones.
﻿ ﻿ Notice anything odd about Mr Burnett here? Unless there was some sort of super duper short print subset that no one told Canuck about, I think in their haste to colour by numbers, Topps forgot a major part of the card design.

What the hell is Topps doing? When does Upper Deck get their licence back again?
Posted by Captain Canuck at 3:43 PM 2 comments:

as if you needed any more reason.... 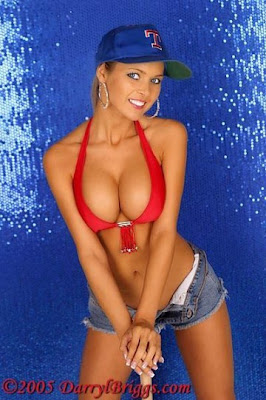 you're not even reading any of this... are you? Yeah, that's what I thought. Go Rangers.
Posted by Captain Canuck at 5:00 PM 3 comments:

Hobby or nothing... I choose hobby.

I've seen a few pack/box busts of 2010 Topps Chrome Football and the concensus seems to be forget buying hobby, go retail. Looking at the posted results, I tend to agree. With one slight caveat.
There ain't no retail within 1800 miles of me. So with the choice of hobby packs or nothing, I went and bought some hobby packs. Beggars can't be choosers.
3 packs for $10 at my LCS.
First card... Felix Jones. Nice. 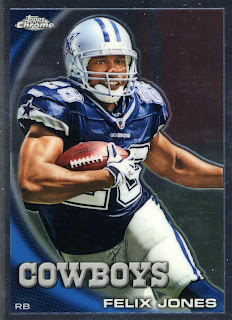 Joe Flacco - is he really that good, or the product of the system, like Roethlesberger? 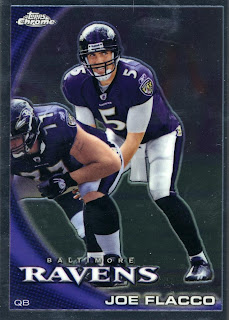 LeSean McCoy - WhY dO PeopLe iSisT oN mAkiNg uP nAMes? 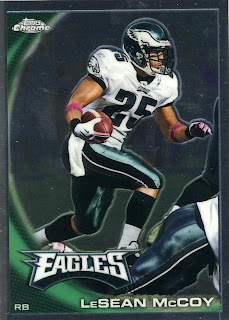 Percy Harvin - get those headaches under control son.... health is more important. 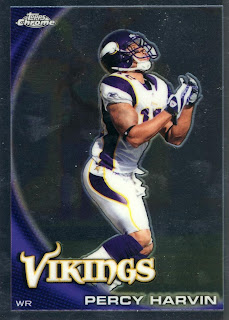 I got one refractor in my 3 packs.... Tom Brady. Any Pats fans out there want to trade? 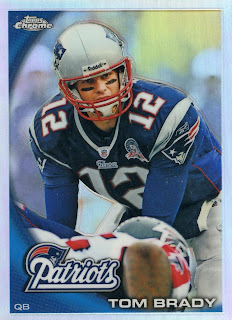 and I found one of those Bowman Chrome inserts that are 1:12 packs or 2 per box....
Jordan Shipley of the Bungals 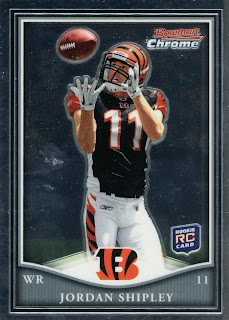 If any of you are collecting this set and need any of these, hit me up for a swap.
Posted by Captain Canuck at 1:06 PM 4 comments:

in for a really cheap group break?

there are two going on right now, dirt cheap. Sweet Spot and Chrome.

What are you waiting for? Go. Now. No seriously. Go.
Posted by Captain Canuck at 7:17 PM 1 comment:

Friday's mail brought a bill, lots of junk mail, and one yellow envelope. Inside was a card I'd been waiting for. It features my favourite soccer player, keeper Edwin van der Sar of Manchester United. Only it's not from Panini, or Topps, or Upper Deck. But a little known company out of Texas. Big D cards. 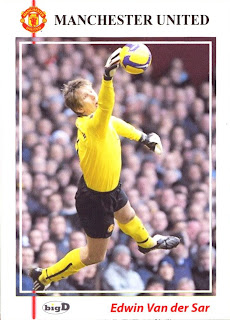 the backs are unusually personal and informative. Well, about care instructions anyways. 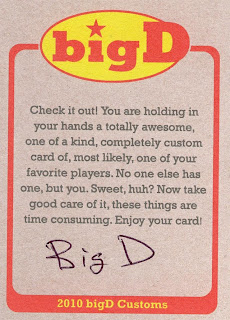 and each and every card comes hand signed by the owner of the company. Awesome.

Thanks bud! It looks great in my player binder. Now, if I can only get you to do one of his days playing for the Nederlands.

oh, and if you're interested in my latest card show story (or at least the first half of it) check my other blog at Just A Bit Offside. Thanks.
Posted by Captain Canuck at 1:18 PM 1 comment:

kinda lost in the shuffle...

One of the all time greats retired quietly at the beginning of this week. The best closer in baseball, Billy Wagner, retired after 16 seasons. He finished his last year with a 7-2 record, 37 saves and a career best 1.43 ERA. Sounds like he could keep pitching, but Billy has better things to do. He has kids to raise, spend time with. 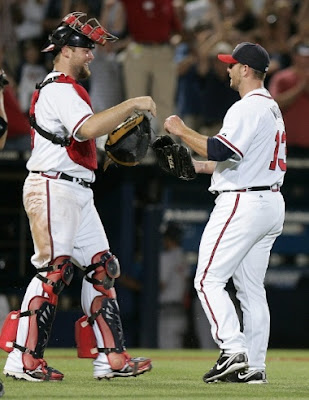 ﻿Billy was really accepted by the Braves despite his brief tenure with the club. It's not hard to understand why when you hear things like this;
“This year has been nothing but great for me,” Wagner said. “I thank God I got to retire as a Brave. It’s the greatest honor I could ever have — to be on the favorite team of my childhood. About the only thing [better] would have been if I could have snuck Dale [Murphy's] number on. That would have been about it.”
He was great to have around the ballclub. Evidence of that would be Johnny Venters and Craig Kimbrel following him around like puppies. Billy always had a tip, or critique, for the young rookies. It's no coincidence that the Braves all of a sudden have the best bullpen in baseball. Maybe when he's done relaxing in Crozet, VA, he'll show up as a pitching coach somewhere.
Bye Billy, thanks for the memories.
Posted by Captain Canuck at 8:55 PM 1 comment:

if anybody still cares, the next round of the baseball playoffs starts tonight. Apparently they are trying to imitate the basketball playoffs and have it last longer than the regular season. But anyways....

The Yankees take on the Texas Rangers. And yes, the Yankees as a team have a payroll that is 152 million dollars more than Texas for the 2010 season. Holy. Crap. Talk about free spending.... let's break that down a bit shall we?

If you added the Rangers payroll to the Cubs payroll, it still would not equal the Yankees. The Cubs have the third highest payroll in baseball.

If you take Texas' highest paid player, Michael Young, and add Mark Teixeira to it, you still don't get to Alex Rodriguez type numbers.

Four of the top five highest paid Rangers were added via trade this season. Imagine the difference before!

If you TRIPLED the salary of EVERY Texas Ranger, and had them sign Mark Teixeira away from the Yankees, the Yankees payroll would still be more.

I guess it just goes to show, buy smart and you will succeed. If you're not smart, then throw un-imaginable amounts of money at enough players and you'll probably win too.

This is why baseball hasn't been the Nation's Pastime for years. Until every team plays on the same field by the same rules, crap like this is going to happen. Kudos to the Yankees for buying all those titles before the Idiot Selig is gone and someone with a brain changes the rules so that everyone is equal.
Posted by Captain Canuck at 11:17 AM 3 comments:

We hope you're enjoying time with family and loved ones. 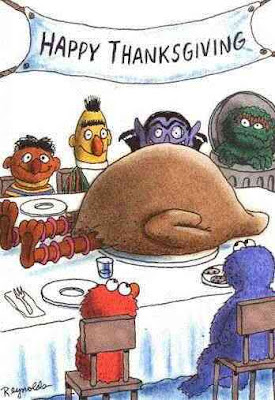 and especially some great food.
Posted by Captain Canuck at 11:01 AM 3 comments:

Is this really still a sport? 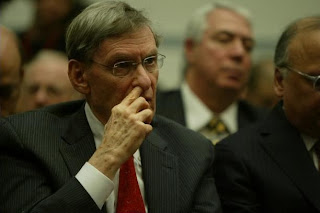 ﻿Yeah. I'm pretty sick of it. It's no wonder baseball lost it's "national past time" moniker years ago. It's now become a world wide joke.
Giant, Yankee, Ranger fans don't seem to mind. But just wait, your turn is coming.
If it wasn't for that horrendous umpiring last night, the Braves and Giants would still be playing in inning 57. And that's not even taking into account the rather, uh... Giant friendly strike zone. But I'll leave him alone for now. That idiot at 2nd base deserves all of the wrath. 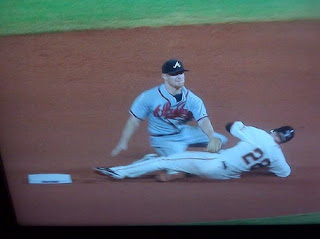 What 2nd base umpire makes a call at 2nd standing between the pitching mound and 1st base?????
I love how The Sports Network (Canada's ESPN) kept on calling that blown call as the "Human Element" that cost the Braves the win. In reference to Selig's insistance on retaining the Human Element and not using replay.
Baseball has joined the ranks of Pro Wrestling as a joke sport in the eyes of the world,  only not as entertaining. Congrats Bud. Job well done.
Posted by Captain Canuck at 10:20 AM 5 comments:

I went to visit my LCS today. Not the dude that runs it, just the store.... and while I'm there he gets a rather large box delivered. He gets WAAAAAAAYY better mail days than I do. Out of the box he pulls boxes of 2010 Topps Chrome Baseball. 3 packs for $10. Let's see how I did.
First off, I would like to again thank the nice customer who after cracking a box of this, gave me all of the Braves he got in his box (4 of 'em) because, of course, I didn't get a sniff in my packs.
First card, Tommy Hanson (replacing some nameless Mets RC that I actually pulled) 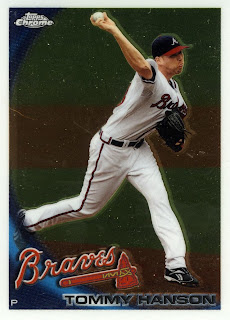 Tommy reminds me that it's time to clean my scanner bed. That's one of the great things about chrome, it reminds me to do a little dusting.
Next, the mummified version of Andrew McCutchen 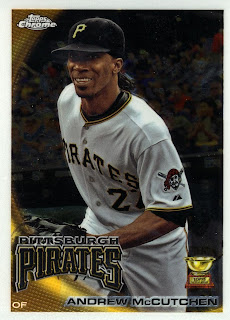 Josh "I'm not in the playoffs this year" Beckett 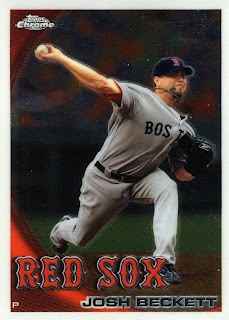 and the only insert I pulled out of 3 packs, a chrome Heritage Martin prado. I guess I did pull a Brave. 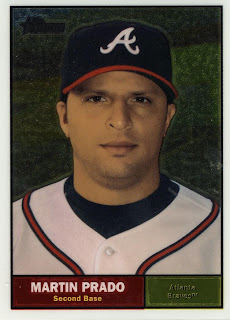 not bad, but not new either. It's the same every year. Buddy next to me pulled a Blue Refractor Pujolies... those look nice, as usual.

Since I didn't buy any 2010 baseball at all this year, I would've bought a box, but Chrome football is out next week. No brainer. Wait until next week and go pigskin.

If anyone is working on a set of this, let me know your wants and if I have any, I'll send 'em your way.
Posted by Captain Canuck at 2:27 PM 1 comment:

It finally happened. After 15 long years riding the bus in the minor leagues throughout the U.S. and Mexico, J.C. Boscan became a major-leaguer. October 1, 2010. Bobby Cox tapped the kid on the shoulder and sent him out to catch the 9th inning against the Phillies in Atlanta. 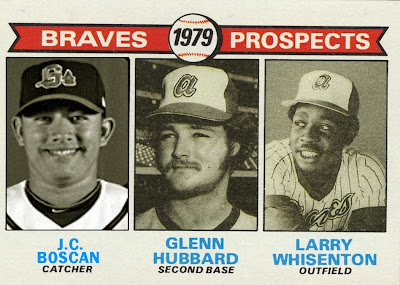 After catching a scoreless 9th from pitcher Mike Minor, including the last two via strikeout, J.C. had the opportunity to come up to bat in the bottom of the inning, with runners at 1st and 3rd. Seven pitches later, he had earned a walk, forcing the bases loaded.
J.C. then had to show off the speed as he scored from first on a 3-run double by Derrick Lee. (if you ask me, he probably floated around the bases he was so pumped)
Congrats J.C. Welcome to the show.   LINK to the boxscore. 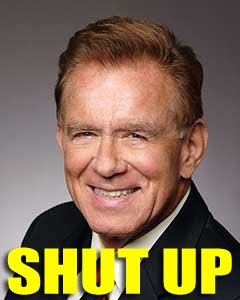 The world is officially ending. McCarver was just announced as a finalist for the Ford Frick Broadcasting Award.

Who's next? Mike Tirico?
Posted by Captain Canuck at 2:11 PM 2 comments:

I'm looking for dfwbuck2 as he would like to enter my fantasy hockey league, but I don't have his email address. 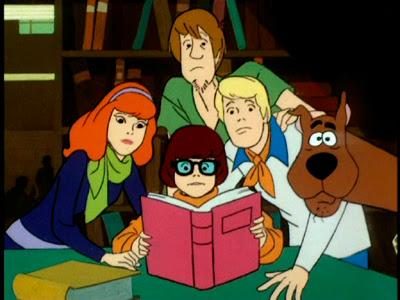 So if Keith is listening, leave me your addy here so I can send you an invite. If anybody else wants to play in the league, leave a comment as well. Or if you know how to contact Keith, let me know that too.....

EDIT: and he's been found. The power of the internet ladies and gentlemen....
Posted by Captain Canuck at 10:37 PM 1 comment:

For my good friends, the Cubs fan.

not sure if you've seen this, but it's worth it.

I love the part about Soriano. Brilliant.
Posted by Captain Canuck at 3:44 PM 5 comments: