my buddy dayf sent me a package last week. Included in the awesomeness that I'll share later, was a pack of 2011-12 Adrenalyn XL Manchester United. 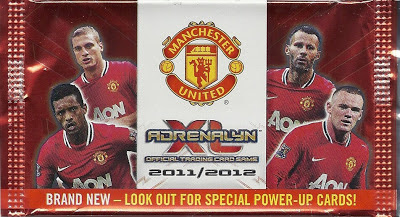 look at those guys! Rooney, Giggs, Vidic, and Nani... plus special Power Up cards!

Did I get any of those guys?

But let's see who I did get. 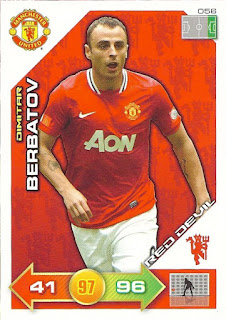 Fabio Da Silva. Left back. He's currently on loan to Queen's Park Rangers in order to get some playing time. His twin brother Rafael plays right back for Manchester United. 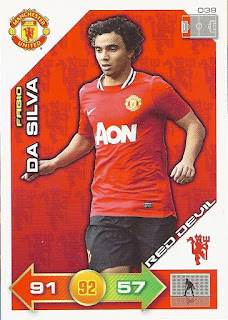 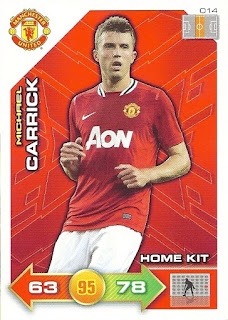 Tom Cleverly, midfielder. Young Tom is really carving out a place in the starting eleven for himself. Rapidly becoming a crowd favourite. 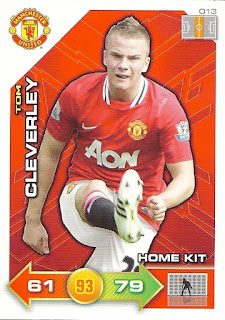 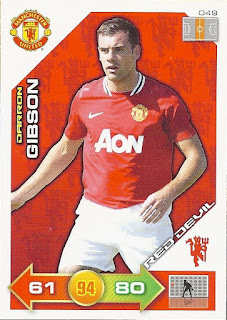 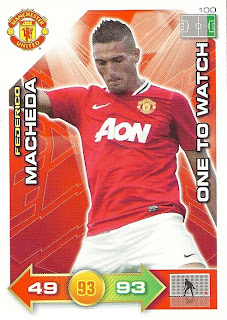 Well, only two starters, but all in all, some cool cards. I now have to try and get the rest of them!