Calgary, my home and the third largest city in Canada has declared a state of emergency.

We are underwater. Well, over half the city. Over 200,000 people have been evacuated. All outlying communities within 100 miles are either evacuated or under water.

My home is safe... we bought in an area well above the water table.

It's just as well the Calgary Flames suck right now and missed the playoffs. Can you imagine the Stanley Cup finals being postponed due to flooding? 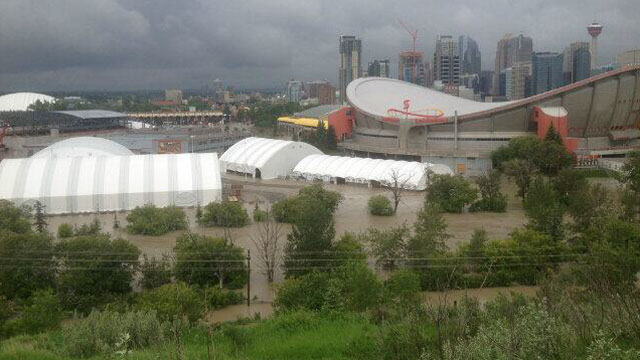 Apparently, the flood line is just over Row 11 of the seats. We now have Canada's worst hockey rink, but largest indoor swimming pool.

All roads into and out of Calgary are not just closed, but gone. It's almost impossible to go from the South to the North of the city, with only one road still open.

The downtown core (you can see it in the background of the pic) is closed and underwater. Not sure what city you live in, but imagine all of the skyscrapers etc abandoned because of flooding.

One of the big worries is about the Zoo. It's virtually impossible to get to right now. We may end up with an aquarium. 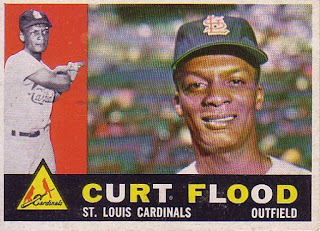 Posted by Captain Canuck at 1:28 PM

That sucks, but glad you are OK. So now the City is going to be renamed Atlantis?

That's terrible. Hopefully everyone walks away safe... including the animals.

I had heard about this but had no idea how bad it was. Glad to hear Waxaholic headquarters is on dry land.