One of the card shops here in town has wax specials on their trade night. It's a random assortment of boxes, marked down to yummy low prices.
I picked up a box of (if you didn't bother reading the title...) 2006 Fleer Greats of the Game baseball for $20.
I could've bought a 2010-11 SPx baseball for $20, a 2011 UD Football for $20, a 2011-12 Parkhurst Champions Hockey box for $30.... and there was another hockey from this year..... but my memory of it eludes me.
No matter. You're here for the baseball.
One thing, I cracked the box in the store and then foolishly threw away the wrappers and the box. So I have no idea how many cards per pack etc.... but if you know how to work the interwebs, I'm sure you or your 5 year old will be able to find it.
The basecards are kinda cool. They give off an oldtimey feel which is what this set is about. 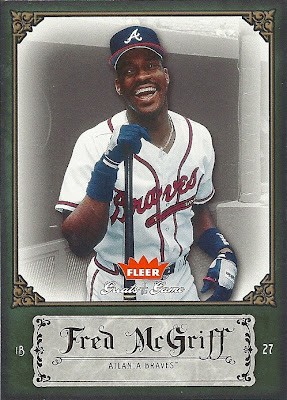 I meant to show off a couple of base cards featuring players from different eras but screwed the pooch and scanned Will Clark after I had scanned the Crimedog. Oh well. 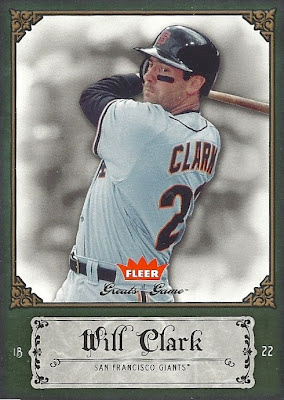 The backs are simple, but simple is good. Lotsa stats. Something I like to see with any set, but especially when featuring older retired players.
(BTW, Whitey wasn't injured or in the minors for those missing years kids. Google 'Korean War' to find out more) 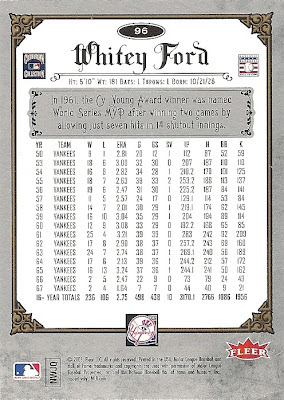 Of course every set needs a pointless parallel. This is no exception. Instead of green borders, we get a pewter border. But at least you get to see a base card with a guy from the '50's. Ever heard of him? 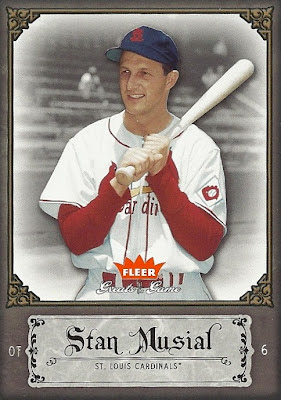 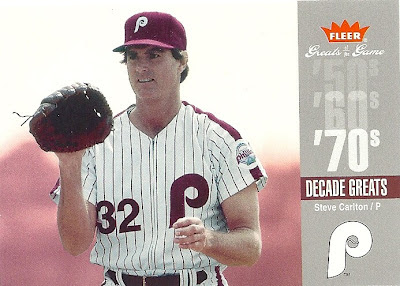 A few teams get to show off some of their Greats. Detroit, St Louis, New York, Boston, Los Angeles, Chicago and Cincinnati. The Bird is the Word. 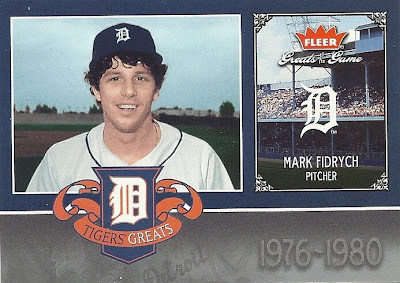 Bruce Sutter of the Cubs. 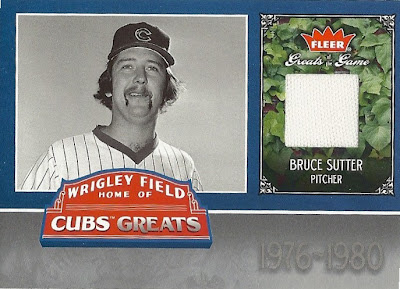 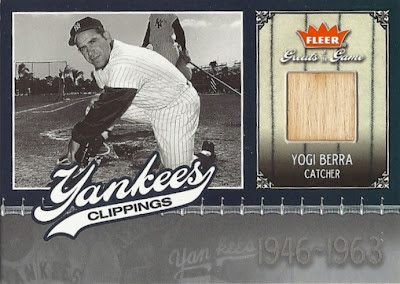 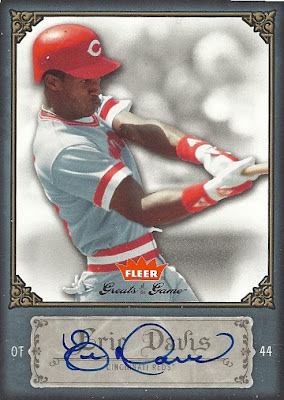 and an auto from the 'Nickname' insert set... Burt Happy Hooton. 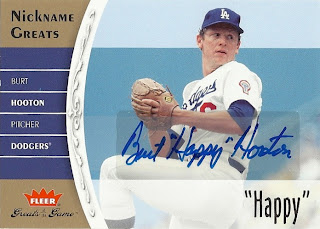 and yes, all cards are up for swap. Although I believe the Berra and Hooton may be spoken for already....
Posted by Captain Canuck at 9:28 PM

Great cards at a great price.

I'm trying to complete this set still! If you have any from my want list I'd love to swap: http://fanofreds.blogspot.com/p/my-want-list.html

PS: Shoot me an email!

I never want to hear you complain about having to drive 2 hours to get to a grocery store again.

this is why I wish I had a card shop within an hour from my house. The closest is 2 hours. I'm stuck with Retail Boxes or at the mercy of blowoutcards sales. Great Pulls, I love the Eric Davis and Sutter!!!

That'a an unbelievable deal! I know you scanned Will just for me. Thanks.

I opened a few of these a while ago. Cool product! Best thing I got was a Dave Winfield auto.

Base cards look sharp too. That Fleer logo needs to be a little less in your face though.

Is the Davis a sticker auto?

The entire product was all sticker autos.

Yes, the Davis, and all others were sticker autos. They just used a base card and put the sticker over the name. On the back, they replaced the stats section with a 'Congratulations! blah blah blah...'

Thank U for sharing your info!