The new season is underway! and maybe a contest...

It's time already for the start of the 2012-13 season of the Barclay's English Premier League!

I am completely psyched up for the upcoming season. The end of last season was one of the most exciting finishes ever! There is no reason this season won't deliver the same quality.

We have a new ball this year.... the Nike Maxim Ultra Flight somethingorother..... 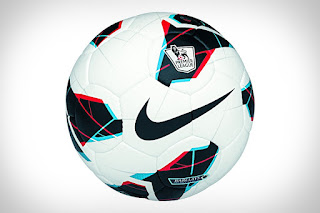 Three new teams up from The Championship.

and we say goodbye to

If you want to keep track of how things are progressing throughout the season, go to the Official Site of the Barclay's Premier League. <------------Clicky

Now, for those of you have managed to read this far, I have a little contest for you. Throughout the season I want you to keep an eye on your team. There are 31 Saturdays in the season. On every one of those Saturdays, I will put up a post.
I will give you until Monday to post a comment giving me the score of your favourite team's game, and listing one of the goal scorer's. If no score, the names of the two goal keepers.

For every time you post correctly, you get three points. If you make an effort, but somehow screw it up, I'll hand out one point. The one with the most points at the end of the season wins a prize. I'll randomize everyone else to give out another prize.

If you don't follow English football, fear not! Simply go to the Premier League homepage. <---- Clicky.
Along the top are the icons that will lead you to all of the teams webpages. Do a little research, and pick one! Congratulations! You now have a favourite team.

You will have fun learning about your team throughout the season, I promise.

As an incentive, I picked up a box of 2006 Benchwarmers World Cup with 24 packs. I will open and post those packs, one every Saturday. 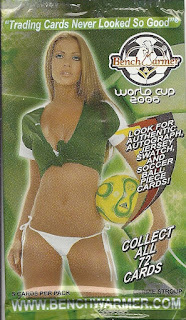 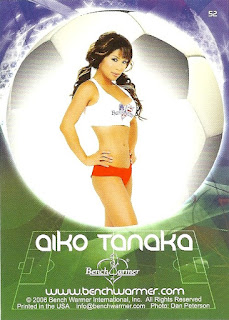 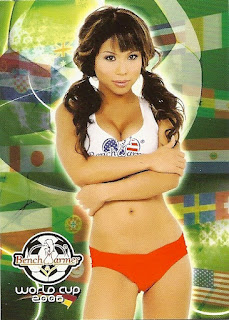 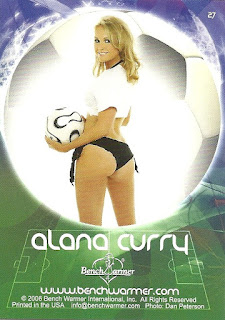 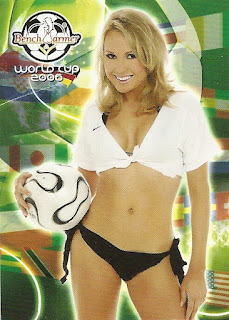 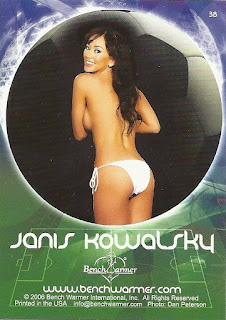 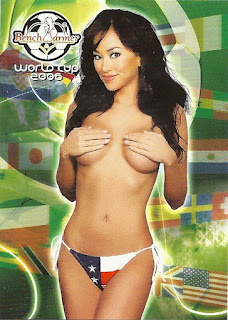 Sweet mother.... Kasie Head. Like Sean Connery said, "I must be dreaming..." 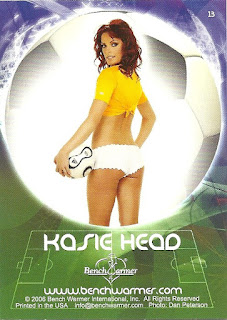 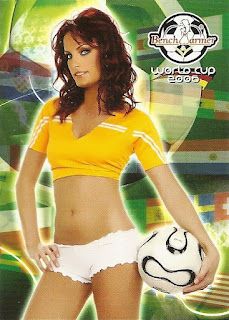 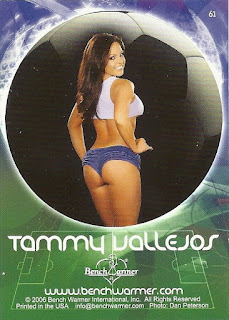 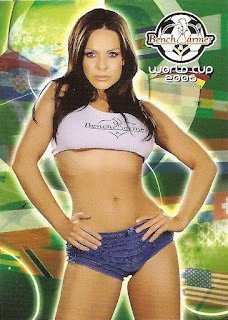 so there you have it.... quit gawking and get to finding your team. The matches start 8:00 am MST. 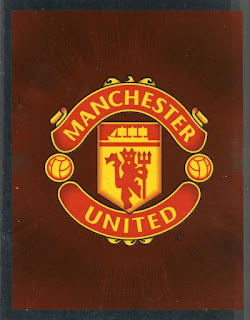 For this week one, because there is a match on Monday, you have until 3pm MST on Monday.

Questions? Get commenting!
Posted by Captain Canuck at 7:00 AM

count me in--Southampton for me

Cool, we're doing something similar in our office. A group of us picked out a favorite team to follow and loser buys lunch or something when our teams go head to head. We all mocked the guy who looked at the standings a few months ago while picking out teams and picked... Manchester City.

I am following Arsenal. Because Big Friggin' Cannon.

ok. I'll bite - only because my club - Liverpool sucks.

(read my blog for a look at the glory years).

no goals today. Pepe Reina in goal against W.B.A. - Ben Foster for Baggies.

Naturally, I have to go with the Queens Park Rangers. They didn't fare well on Saturday, getting shutout 5-0 by Swansea. Miguel Michu got Swansea on the board with the game winning goal at the 7:33 mark.

Wow, that's a first and it was fun. Now, is my team any good? Thanks CC.

Spurs !! and put some Dutch ladies in the next post as well :-)

Let's go with New Castle...for no reason at all.

spurs lost teir first match again newcastle, 2-1, Ba scored one for Newcastle while Defoe scored on for the spurs, guess they lost because v/d dn't start !