It's a psychedelic tombstone kind of day...

A lot going on around here. I mean besides the massive volume of snow I've received in the past couple of days.
Spring my ass.

Anyways, I've got another order from COMC, as well as a few gifts in the mail recently. So I'll start with a couple of vintage cards to set the mood, and throw in a Thank You post every now and then to mix things up.

Starting off with some 1972's. In the spirit of night owl's come up with a name for every set, I've always called this one the Psychedelic tombstone set. I can't remember what he calls it.... I could go and look it up, but that would take the kind of effort that I just do not possess at this point and time.

A few weeks ago I was actually able to acquire a 1972 Topps card I needed at one of my local shops.
I know!
It surprised me too.
I could've got it for a few bucks cheaper online, but to be able to get one here in person more than made up for it. 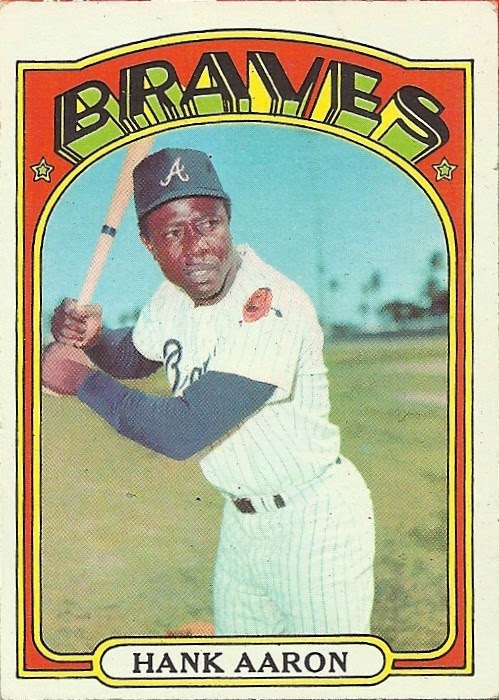 Mr Aaron is always welcome in my home. Whatever journey he went on to end up in Calgary after the last 42 years is now over.

Via the COMC route, I was able to add this fantastic Ralph Garr card. 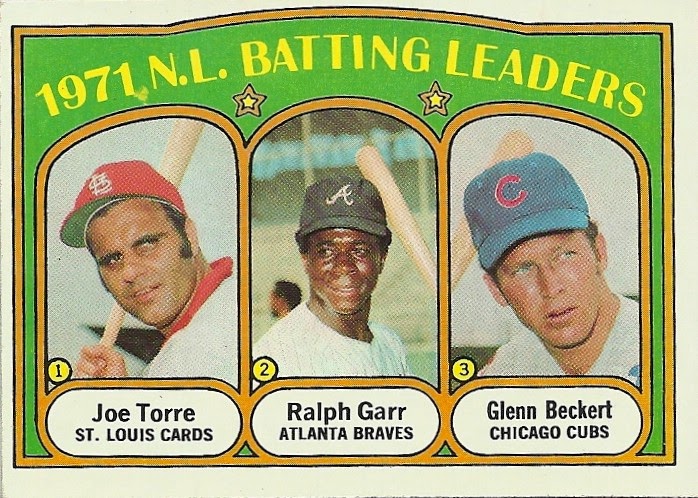 Ralph would go on to lead the league in batting in 1974.

...and Lum Harris. Is this a high number? No idea where the high series starts in this set... 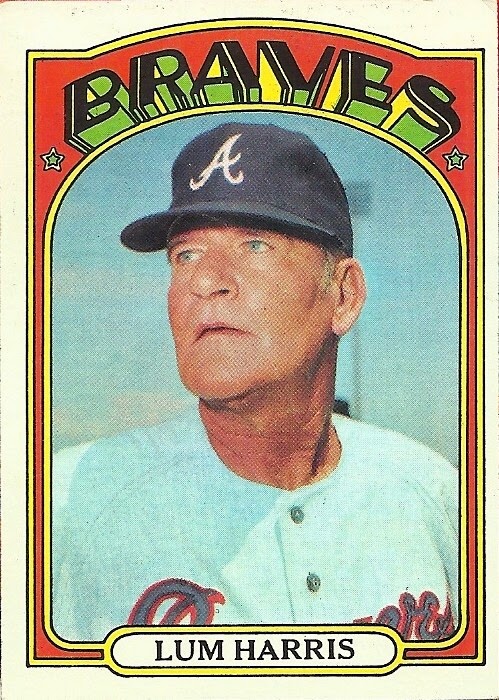 Lum Harris has the highest winning percentage among all Orioles managers. He finished his stint with the O's at .630

Granted he only managed 27 games for the O's. But still...

I'll save you the trouble:

I call it the psychedelic tombstone set.

We actually agree on something.

Lum's given name was "Chalmer Luman Harris". Lum it is.