Another Wagner back in circulation...

Open up the freezer and crack open that block of ice you hid the credit card in.... starting tomorrow (tuesday) morning at 9am EST, This T206 Honus Wagner will be on the auction block. 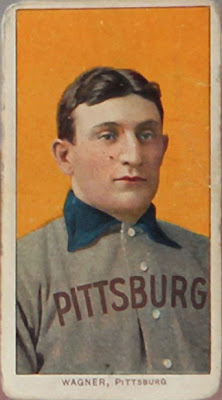 Any idea if the auction is online or if it's in an auction house?

Hmmm... that gives me an idea. Maybe I'll start freezing my baseball cards in ice. That won't damage them at all, will it? lol