Awhile back I posted some new wantlists regarding my Allen & Ginter wants as well as Upper Deck. A couple of fellow bloggers answered my plea for help.
First up, all the way from the Nederlands, we have some Gintery Goodness that has found a permanent home.
Jeroen, the Dutch Card guy, sent me 8 A&G cards from three different years. I'll show you four of them...
The King of Kansas City... 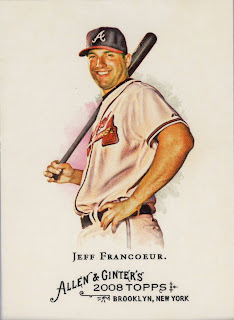 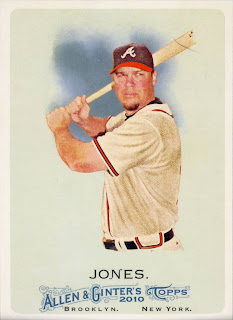 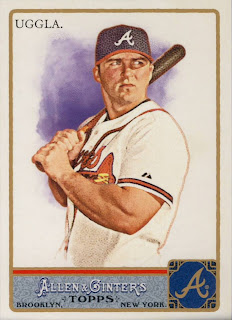 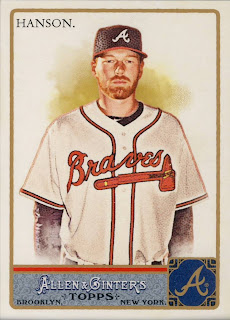 Thanks Jeroen! He also happens to be neighbours with Edwin van der Sar, the greatest keeper in the world and my personal fave. Jeroen may have a house guest very soon................

Scott from Hand Collated sent me some hockey stuff... and snuck in 12 Upper Deck Braves needs.
One from 2010...
Derek Lowe seems to be wondering how to get to Cleveland. 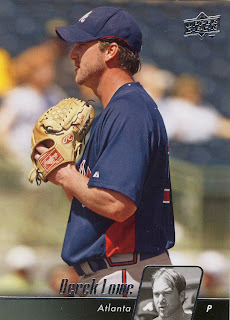 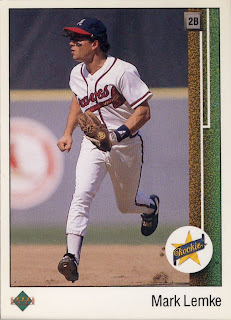 Tommy... probably in the midst of striking out a Met. 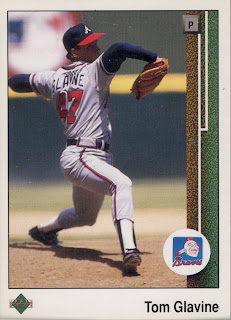 And good ole Ed Olwine, still giggling that someone is paying him to play baseball. 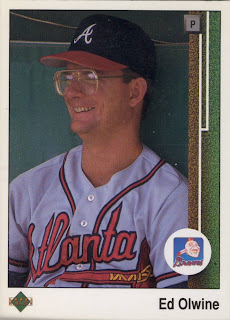 I hope you had the time of your life Ed.

Thanks for the help with the lists guys!!! Mucho appreciato.
Posted by Captain Canuck at 9:22 PM

I'd like to take a moment to announce that at the end of this season, I will be hanging up my card collecting cleats.

Now I'm off to get my taxes done and as a result will be inactive for the next 4 months.