Cards on Cards for Canuck

Awhile back Kerry from Cards on Cards did a wee breakoff 2019 Topps of the Class.  And he opened it up to anyone to claim a team, for free, because he's like that. Of course, even though I saw his post 0.04056 nanoseconds after he posted it, the Braves were already claimed. It is that way in any and EVERY break online whether it be a generous free break, or a paid one.
This is my life.
So I took the local team. Local if someone in Phoenix considers the Yankees local. I figured the Blue Jays needed to come back to Canada.
I was lucky enough to get a couple of cards too!
I ended up with two of Lourdes Gurriel Jr. I like watching him play. He's fun. I don't think he's in the Jays long term plans.... but for now he makes the games interesting. And baseball needs more of that. If there's ever baseball again, that is. 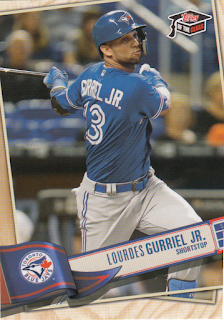 I also received a Marcus Stroman. Marcus is now a Met. Poor Marcus. We should all feel sorry for Marcus. 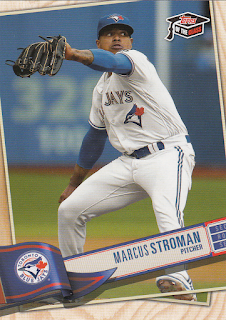 But here's the best part. Even more than getting into a break for free.
Kerry sent over a few Braves in his PWE!

That's actually a cool pic. I normally don't like those shots where you can't tell who the subject is, but until we start to get team cards again (i.e. NEVER) This isn't bad. 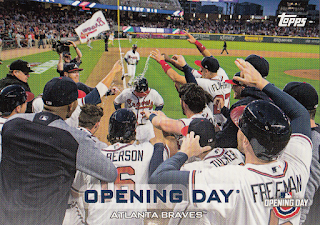 Looks like someone dropped a paint can full of Swansons onto a canvas and ended up with this. It has a nineties vibe to it. I like it. Although it may not age well... 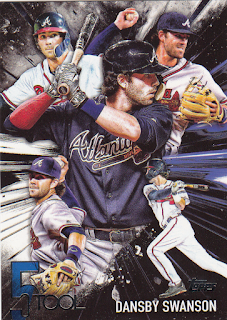 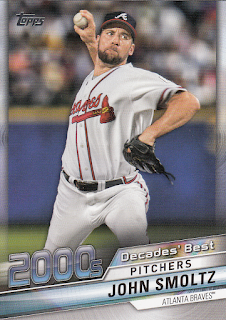 Thanks for the cards Kerry! One of these days I'll try and return the favour.