I've been working on my wantlists, desperately trying to get some trades going and finish off some sets before the 2009 stuff hits.
Well, the trades haven't been forthcoming, and it looks like I've committed to another set. I love these cards.
So now I'm working on Series One, when Series Two hits in mere days.
Perfect. Why do I always do this? 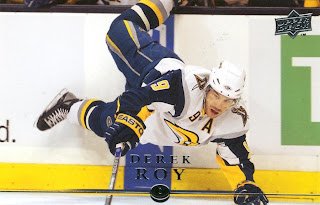 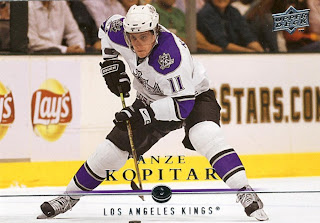 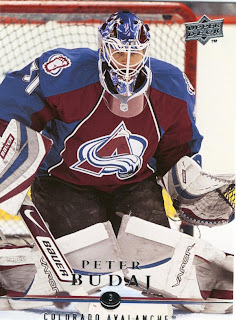 Ryan Smith - Colorado
Henrik Sedin- Vancouver (no, you haven't been drinking too much... you're not seeing double, that's his twin brother Daniel beside him) 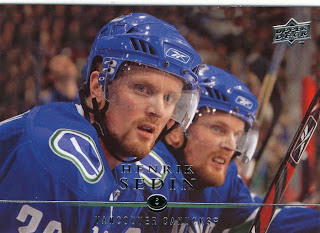 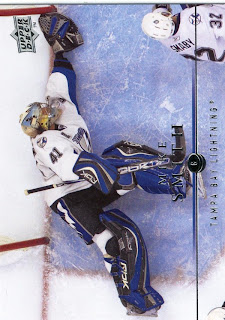 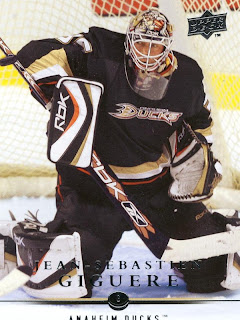 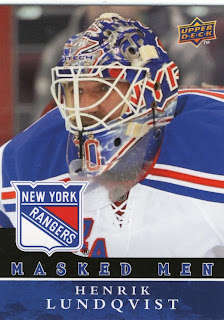 Wow. A great pack. Not a lot of stars, but a lot of goalies, and superb photography. this was half of one of those FatRackBlister thingies that I busted first here... I've bought three of those so far and no doubles or damaged cards........yet. I love 'em...
A trade/want list will be up soon...
Posted by Captain Canuck at 7:14 PM

Hey, did you ever get those 1990 Donruss cards I sent? I just remembered about it and was curious.

I've never been a big fan of hockey, but every now and then I'll catch a vintage game on NHL Network. It's kinda fun to watch them beat the crap out of each other with very little in the way of protective headgear.

Ben, yes I did. thanks. I posted about it awhile ago... but like I just said, I got distracted by another set...
I will learn one day

I'm glad you got them. My computer blew up and I was away for about a month, so I must have missed it.