I changed my mind...

Last night after the game I typed out a post. Not just any post, but a Collective Troll length post. It was eloquent and thought provoking a la Night Owl. But I couldn't hit "Publish". I just couldn't do it. It's now deleted.
Why, you ask? Well, it was a bit of a rant. Okay, it was a helluva rant. And I've done that too much lately. You all know how much I love hockey. I'm Canadian, it's part of my DNA. And it pains me to see how far the game has fallen. I was watching my Montreal Canadiens play Team NHL last night. It was horrible. For the third game in a row.
For those of you not watching at home, the american tv execs and the NHL has pre-detemined who will win the Cup. It's bad enough that american tv execs make the schedule, but when they start influencing games, it gets to be too much.
But I am not alone. The CBC started to question the leagues motives openly on air last night. TSN (our ESPN) did the same, calling out the NHL to respond. Even Don Cherry joined in, asking in his own stylish manner, "What the hell is going on?"
They are better at rooting out the bias then I will ever be.
I am just a fan, watching his game be ruined by an asshole in a suit who never played the game.

So, to brighten up my mood.... I went and got the mail, hoping that there was something in it to cheer me up. And now that the snowing has stopped (albeit briefly) it was a nice walk, although a bit brisk. 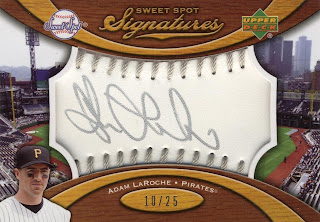 It will go nicely next to his two friends I have waiting. 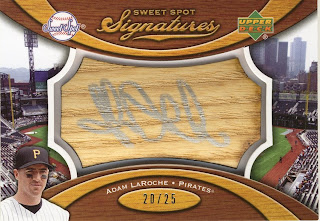 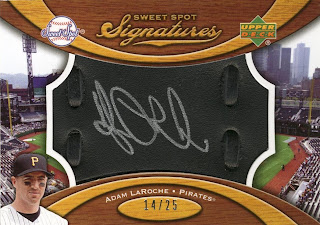 There is no doubt that the NHL wants a Chicago versus Pittsburgh final. As a Wings fan, the officiating in our series has been beyond brutal.

I stopped watching after the Sabres got knocked out...

I don't know what everyone is complaining about. It is going to be Montreal and Vancouver in the finals.

Nothing like a card of an ex-Pirate to cure what ailes ya.

Wait, what? I don't get to watch that much hockey, so if you could elaborate, that would be very helpful. What's being rigged exactly? Have clearly better teams been eliminated due to bad officiating or something? What's the deal? o.O

It's crazy when well known Leaf homer Don Cherry steps to the plate and criticises the refereeing during a Habs game.