I know. I'm as shocked as you are. Who knew that anything good could still come outta Michigan. But apparently things can, and do. Case in point. These cards from everyone's favourite Sewing Machine tycoon.
Awhile back I sent him a super duper elite short print from '09 Goodwin of Roy Halladay along with some other stuff he collected. I guess the Halladay is uber rare and I could have retired if I had only kept it awhile longer. But, a fellow set collector needed it for his set, a set which I am not collecting, so the card must be passed along. It is the law of set collectors.
In return, I received some cards from this year's Goodwin and Ginter. Now that would be a great set hey? Goodwin and Ginter. It sure would confuse the hell out of the purists.
Moving on.... I have a new Mad Dog for my pc... 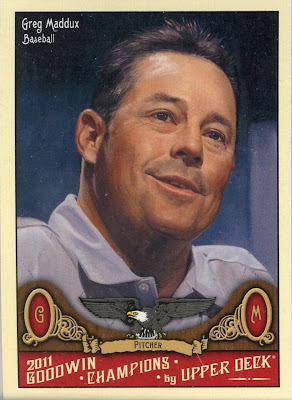 a rather odd picture of Bobby Orr, appropriately numbered #4. It appears as though Bobby has a towel around his neck while wearing an argyle knitted sweater. 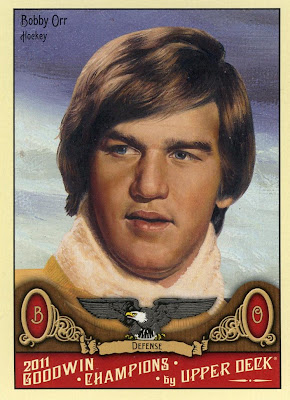 Penguin superstar Evgeni Malkin dressed in an outfit like my mom used to make me wear when I was five. 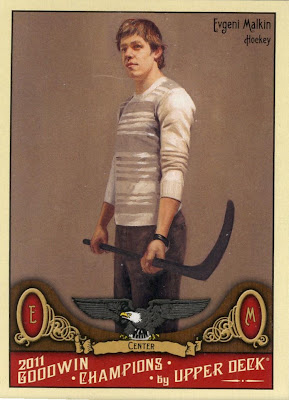 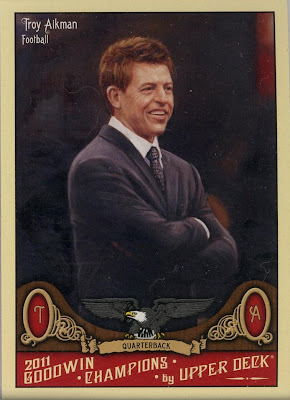 and the man who single handidly ruined not one, but two NHL franchises. Although he did win the Cup with one.... 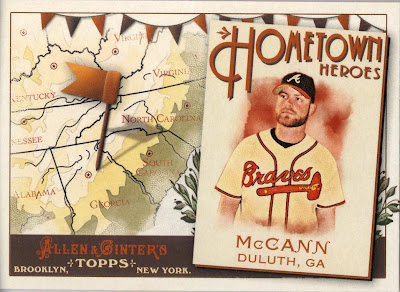 and a Brandon Beachy rookie. I read an article on one of the other card blogs that said Brandon's in the running for Rookie of the Year. Maybe, but he's only the third best rookie on the Braves this year.... so I wouldn't hold out hope. 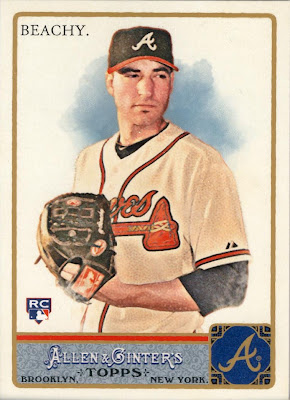 SMG also sent one other card, but I'm saving it for a post tomorrow. Hopefully. Maybe the day after. It sure doesn't look like I can post it tonight.

Thanks for the cards Larry!!! And no Daunte Culpepper.
Posted by Captain Canuck at 7:38 PM

I must be late to the party but I didn't know Goodwin had hockey cards.

I so should have included a Quincy Carter!
Glad you liked the cards.
Peace.