I'll be wrapping up the massive trade package posts from Collective Troll and Cardboard Junkie in the next day or so.... here we have a small stack of 1965 Topps from my bud the Troll.
Let's play a little game of Need 'em, Got 'em....
Ty Cline had just finished his first year with Milwaukee. 101 games, 1 HR 13 RBI and a .302 avg
Got 'em. 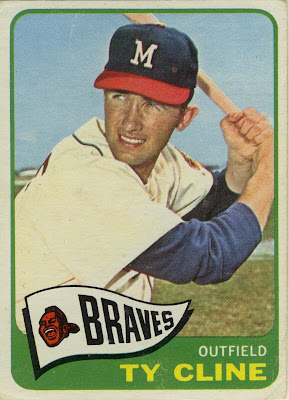 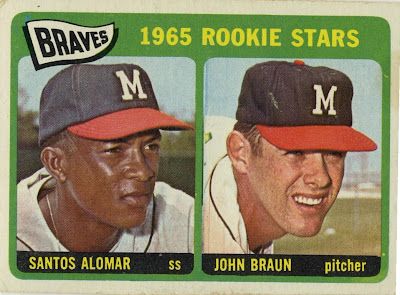 Johnny Braun appeared in one game as a reliever in 1964. He pitched two scoreless innings, allowing two hits and a walk, while striking out one.
He never appeared in the bigs again.
Need 'em! 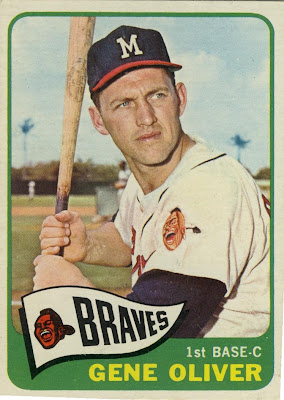 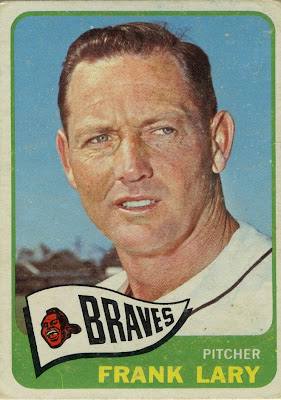 Frank Lary was traded to the Braves halfway through the '64 season. He only appeared in five games for Milwaukee before being sold back to the Mets for the '65 season. After being traded to the White Sox, he retired at the end of the season. But here's why he is kick ass. He has three nicknames, "Mule", which is way cool. "Taters". I bet there's a story or two there... but the best is "The Yankee Killer". YEEAAHHH!!!
Apparently he had some pretty great years with Detroit.
Got 'em. 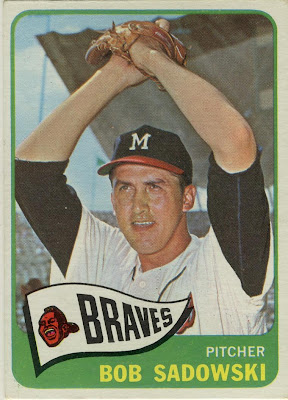 Bob Sadowski pitched four seasons in the majors. He had two brothers play in the bigs (Ed and Ted) as well as a nephew (Jim)
Need 'em!!! 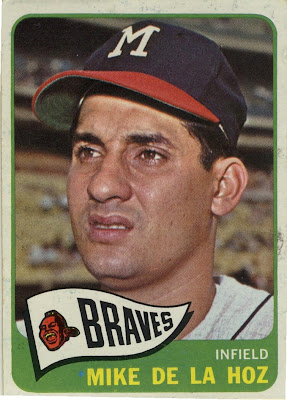 Mike De La Hoz played nine years for Cleveland and the Braves. He hit 25 HR and 115 RBI, batting .251 Times were different then.
Got 'em. 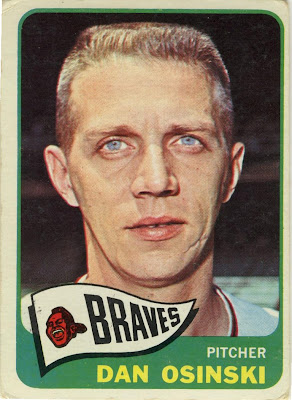 Dan Osinski is pictured wearing an Angels jersey. He only played the one year in Milwaukee before being traded with Bob Sadowski to Boston. Dan played for six teams in 8 years.
Got 'em. 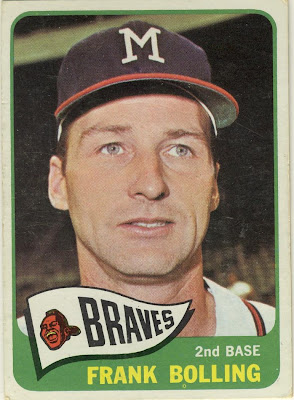 Frank Bolling played 12 years split evenly between the Tigers and Braves. He hit 106 HR and 556 RBIs
Got 'em. 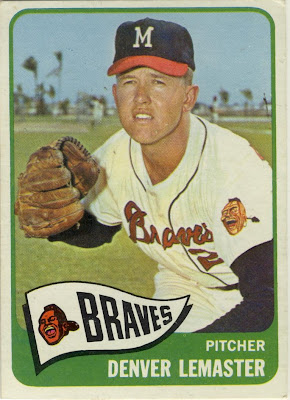 Denver LeMaster was coming off a 17-11 season in 1964. He played six years for the Braves before being traded to Houston. He finished his career with the Expos in 1972.
Got 'em, but this is an upgrade!

Thanks again troll... it was fun sorting them into my team set binder, but even more fun learning about each player.
Posted by Captain Canuck at 10:30 PM

I love seeing 1965 Topps cards, even ones I used to own... They are that cool and great looking! Glad you needed a few of 'em at least... I am intrigued about the 3 nicknames of Frank Lary - I have a few more cards of him, I smell a future card of the day post! Cheers!