Friends dusting the cobwebs off of some old wantlists....

This is the continuing story of the infamous dayf and Troll trade/gift packages....
You ever think you'd see the day when a Juan Uribe card led off a show off post??? Me either. But here we are. 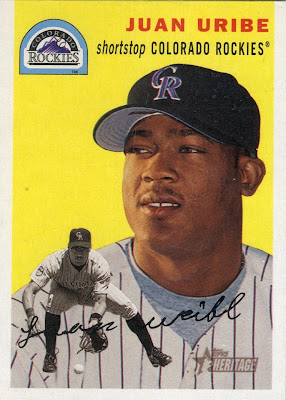 Back in 2007 when I got back into cards, one of the first sets that caught my eye was this set that emulated the 1954 Topps set. Turns out it was called Topps Heritage and was from 2003. I decided to collect it. Not only collect it, but to do what I used to do, which was get the master set. All of the variations and short prints. Four years later I'm still trying to finish that set. Dayf managed to find five cards off of my wantlist, including two SP's. One of which is old Juan Uribe up there. 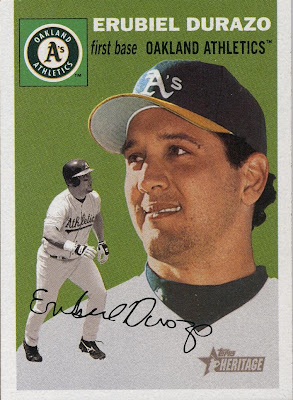 As you can see... these aren't high profile players.... but damn hard to find regardless. 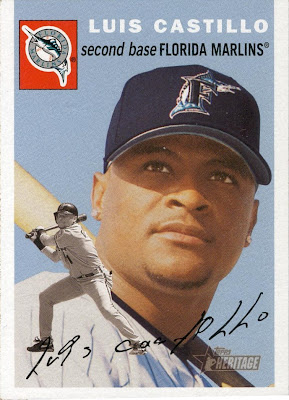 I've never found anyone else who is collecting this set, so if you know someone, let them know about me. I've got lotsa doubles to swap. 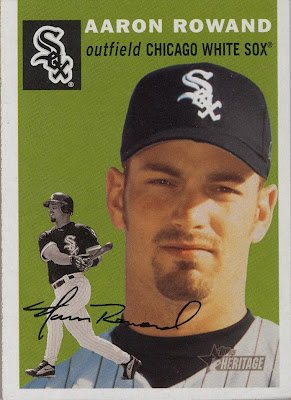 I also did my first trade on The Bench with this set. And my last trade. The trade I did involved $13.10 worth of cards. It took me forever to find a card he wanted to make up that last .10 cents I owed him. This was my re-introduction to beckett. 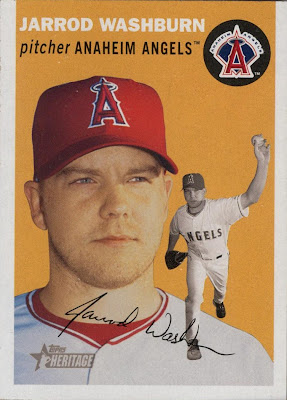 Dayf also found a card I needed for the 1976 Topps set that I am very close to finishing. Only 24 more cards to go. 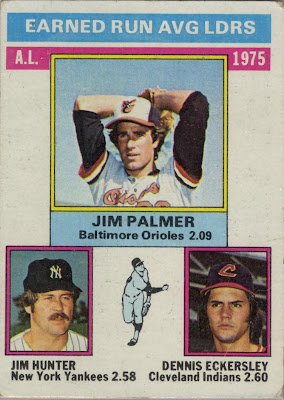 Next up is a set that no human has managed to complete. The 2008 UD Timelines set. This is the set that never ends. Please sing the song softly to yourself.
A loooong time ago I gave up on the set and sent dayf as many cards as I could off of his wantlist, even from my set regardless if I had duplicates or not. I could be wrong, but I think dayf just sent back the same cards I sent him. Maybe he gave up too. It never ends. 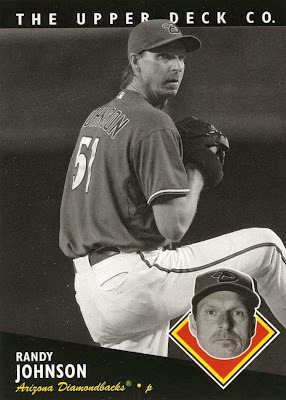 LOOK! A Yankee!! Without a moustache or tutu drawn on him. 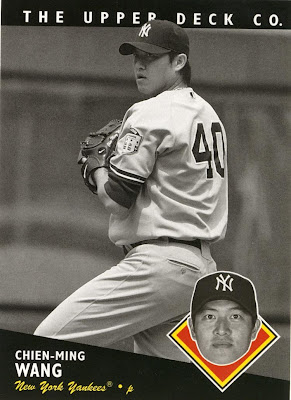 Here's Mr I run to first base when and if I feel like it. 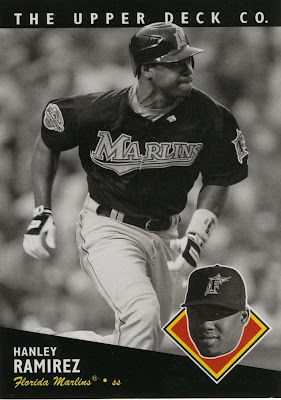 and a bum who held on waaaay too long... 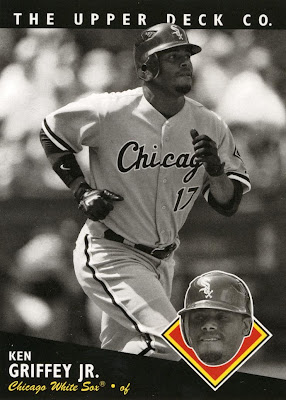 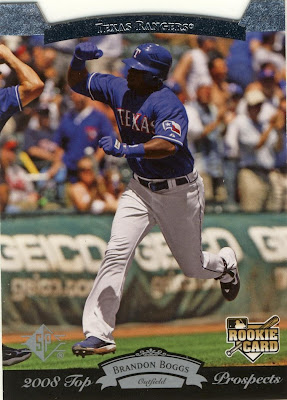 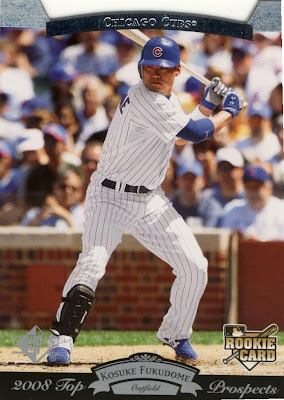 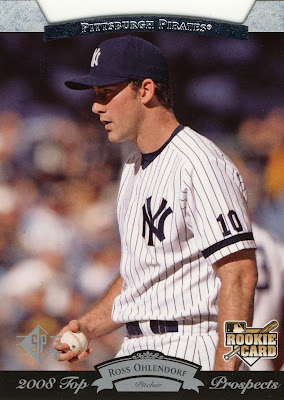 I really, really like this set. But it can never be completed. 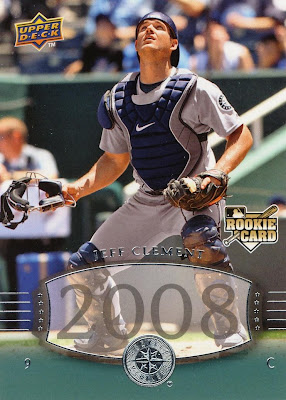 Why yes Mr Towles, it is time to clean my scanner bed, thank you for noticing. 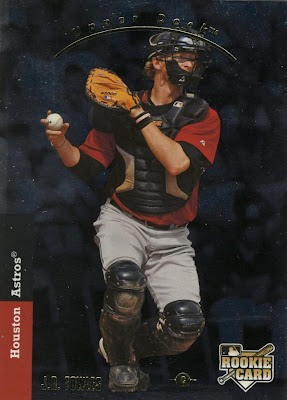 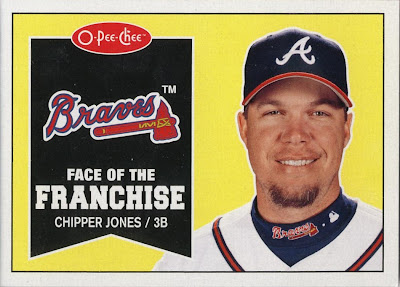 OPC is another set I'm doing the master set of. And I'm damn close to finishing. 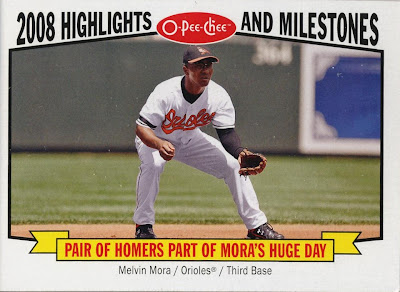 Awhile back I needed 2 cards to finish the base set. Griffey and Victorino. Four bloggers later, I now have two of each. 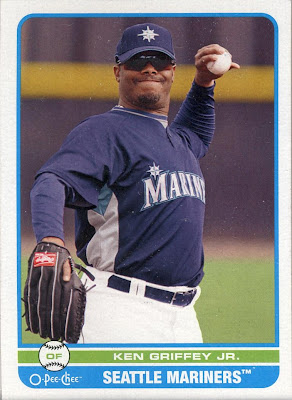 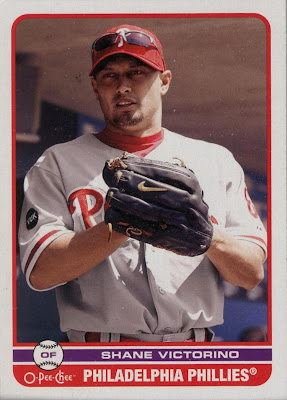 Troll not only sent the Flyin' Hawaiian up there, but also two Braves for my binder. 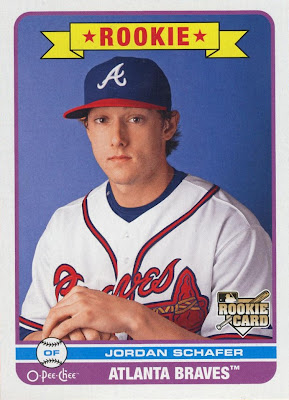 well, a Brave and a former Brave. He was a Brave when it was sent. 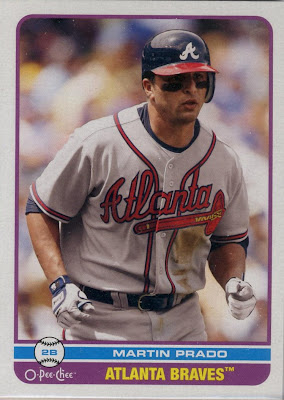 I have a ton of UD Timelines for trade (listed on my blog) and I am quite close to finishing the set myself. Maybe we could work something out if I have anything you need and vice-versa.

For the first time, the thought of giving up on my Timeline quest crossed my mind, and ... wow, the relief.

Now, let's see if go through with it. Got to find a sucker ... um, collector first, I guess.

Save the Vintage for last.

And anyone who wants to give up on Timelines can send any on my wantlist to me.

I have quite a few of the 2003 Heritage that you need, I sent you an email, if you didn't get it, please check out my want list..thanks, Robert