Alright, let's get this trade posting thing rolling. I know Sooz is exhausted from staying up all night waiting...
In the interest of keeping a theme going, I'm combining cards from both the Collective Troll and dayf the Cardboard Junkie (like you don't know who they are...) into nice tight little posts. Hit and run, right? Not that you American League fans have any clue what that is.....
First up, a few cards from Troll. The Troll was kind enough to send me three cards off of my Most Wanted List on the right hand side. Numbers 7,11 and 12 if it matters to you. Not that they're in any kind of order or anything...
2009 Update Tommy Hanson. When Tommy visited Rome last year, they did as he did. 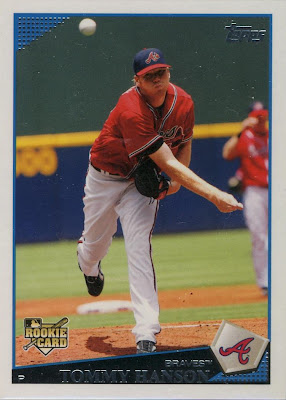 The best backup in baseball. Not just catcher. David would start for about 27 teams.... and I am grateful he's a Brave. 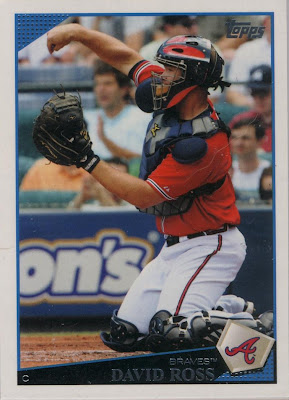 and Diory Hernandez. Diory isn't well liked among Braves fans. But with Seabass playing like he is... maybe that will change soon. 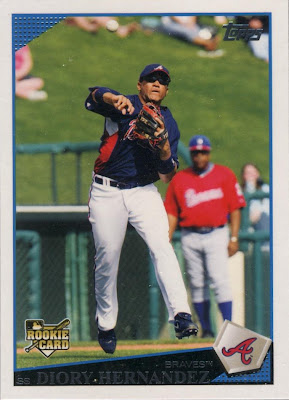 a 2010 Update of Mr Jason Heyward. His debut game. Yeah. He went Yard. 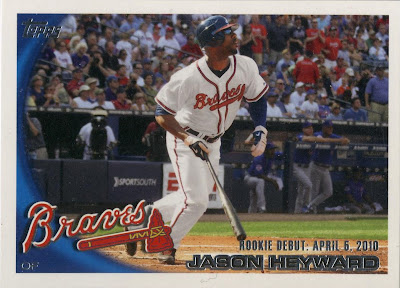 and for some reason a card of Andy LaRoche of the Pirates. But I needed it, so what the heck. 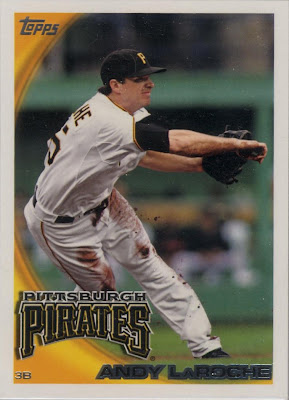 dayf sent along one of Mike Minor. Thank you Frank for not listening to trade offers. 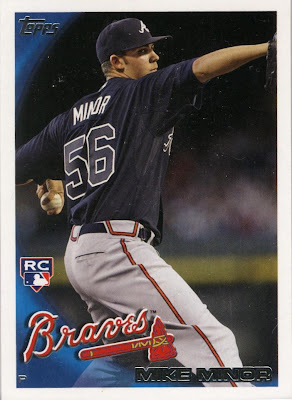 and a rookie of the Man. Jonny "Pitch me every freaking day" Venters. 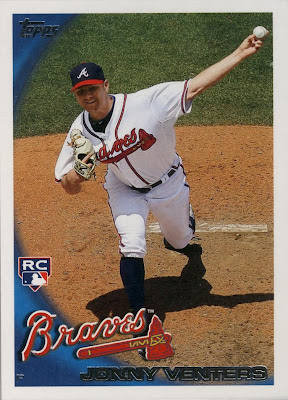 Wait, how did this get here? Ah well, too late now.
It's my boy! Back home with the Braves! For about three weeks! Now he's in Washington! I never will see him on tv again! 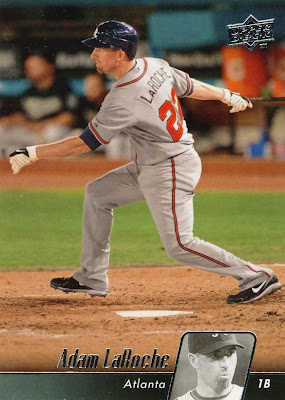 Thanks for looking... and for helping off of my wantlists. And Sooz, the next post will even have a Yankee in it! Promise!
Posted by Captain Canuck at 9:30 PM

I do love the theme pairing and I am honored to swing the bat while dayf takes off for second base... I am an AL fan so I had to google that "hit and run" thing that you speak of.
I was also pretty honored to knock off 3, count em 3 cards off of yer most wanted list. Worth the wait, eh?
Cheers!