For the first six packs of this break, go here. Here we go with the next six.

Pack seven.
Dennis Smith - Broncos. One of the hardest hitting safeties in the game. 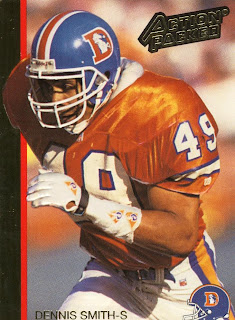 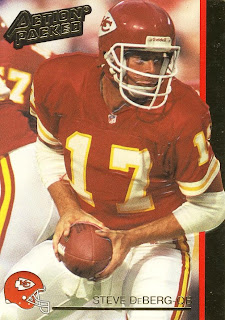 Steve played 47 years in the NFL for 21 different teams, finally retiring at the age of 68. 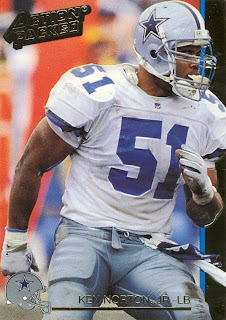 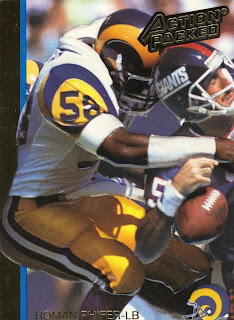 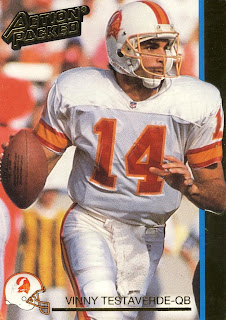 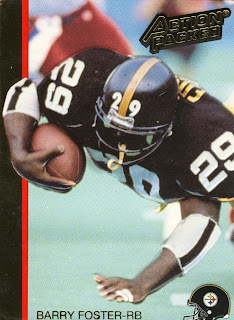 That is the furthest Bam Bam Foster ever got off of the ground. Ever.
Ernie Jones WR - Cardinals. 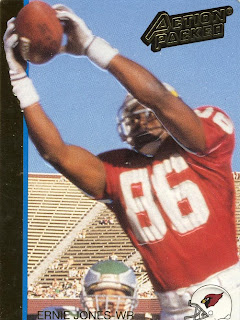 How times have changed. Take a look at the stands in that shot. There's no one there. This isn't preseason, or warmups before the game. This was shot November 24, 1991. The Cardinals were 4-8 at that time. The loss to the Eagles 34-14 that day dropped them to 4-9. Is it any wonder they dropped the name "Phoenix" for "Arizona". Somebody, anybody... go watch them. I don't think they have that problem now.
Pat Harlow T - Patriots
Marion Butts RB - Chargers
Pack 11
Mark Croel LB - Broncos
Jessie Tuggle LB - Falcons (seeing if dayf is paying attention) 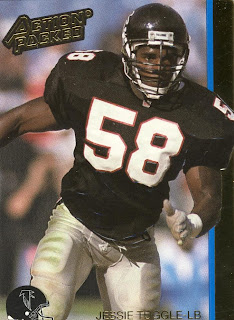 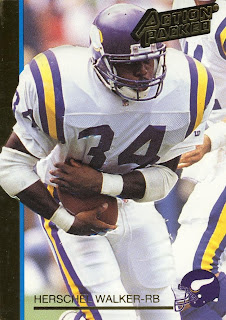 Herschel is singlehandedly responsible for the Cowboys three Super Bowl titles in the late nineties. Dallas traded Herschel to Minnesota for 5 players, 3 1st round picks, 3 2nd round picks, and 2 3rd round picks. Just to mention some of the players Dallas drafted with those picks... Russel Maryland, Darren Woodson, and the guy on the next card in this pack. 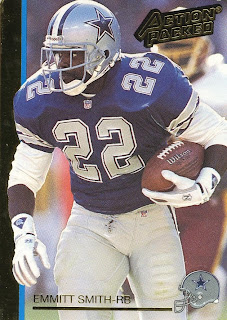 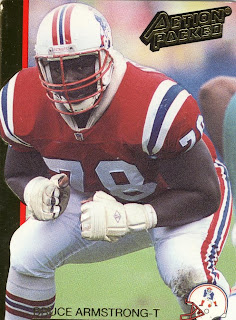 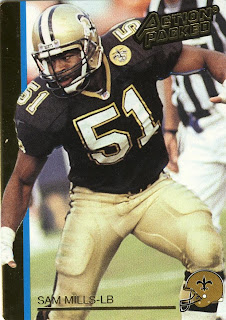 That was an awesome last pack.
So through 12 packs, 72 cards, 66 cards towards the set, 6 duplicates. All of the duplicates came in the same 6 card pack.
We'll see how the last half of the box goes... maybe we'll find that Barry Sanders auto....
Posted by Captain Canuck at 2:45 PM

Is that because Vinny took a couple years off here and there while living at the Shady Grove Retirement Park in Jupiter Florida. Damn shame he had to return all that Social Security he was collecting so he could come back for his last season.

At least Medicare paid for his hoveround that he used to get from the locker room to the bench and practice was over in time to get to the Bob Evans Early Bird Special.

Unfortunately nobody informed Meals on Wheels and trays of food kept building up on his porch.

Wasn't "Bam Bam" the nickname for RB Byron Morris for the Steelers?