Tonight's six pack performance has been shortened due to weather. Well, okay, not weather. I found the "case hit" in the third pack I opened tonight. Yes. Even in 1992 they had case hits. 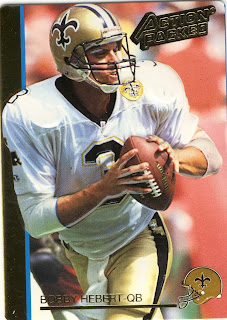 Bobby was always one of my favourite players growing up. 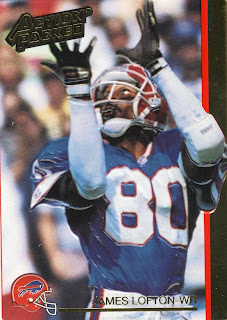 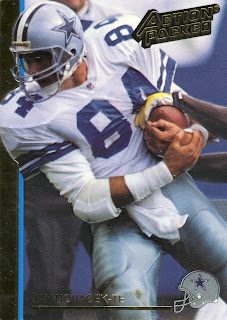 you ever seen a Hall of Famers security blanket??? Take another look at Novacek. 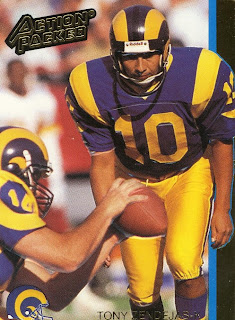 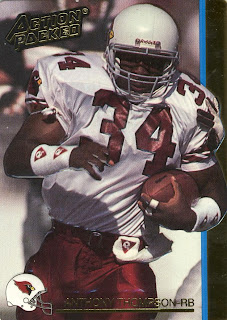 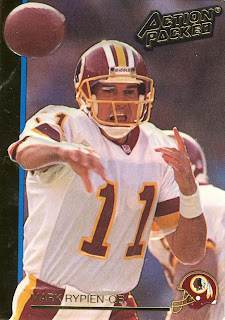 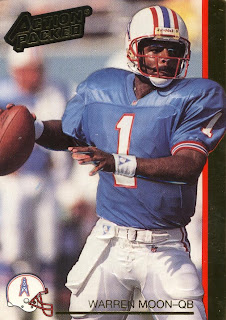 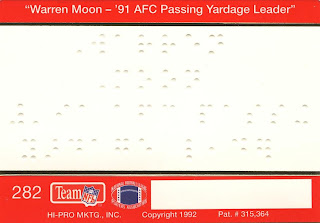 That's braille my fine sighted friends. An Action Packed braille card. 1992's equivalent of a case hit.
All I need now is that Barry Sanders auto.
EDIT: okay, upon a little investigation on the ole interwebs, unlike 1991, in 1992, the braille cards were a little more common. Like one per two boxes... mea culpa people.
Posted by Captain Canuck at 8:42 PM

I don't want to sound insensitive, but what do blind people need with trading cards? I understand that they can listen to football on the radio and love it. But cards? How can a blind person really appreciate a football card? Sure the statistics are readable, but that's only half the card.

The brail cards are case hits? I happen to have an Emmitt Smith brail card!

Those braille cards were tough as hell to pull. No 24kt?

I loved Action Packed Football. I've got a couple of the 24KT cards from various years in my collection. I think I've got an Emmitt, Marino and Faulk. I went for a lot of the oddball and different stuff back in the day.